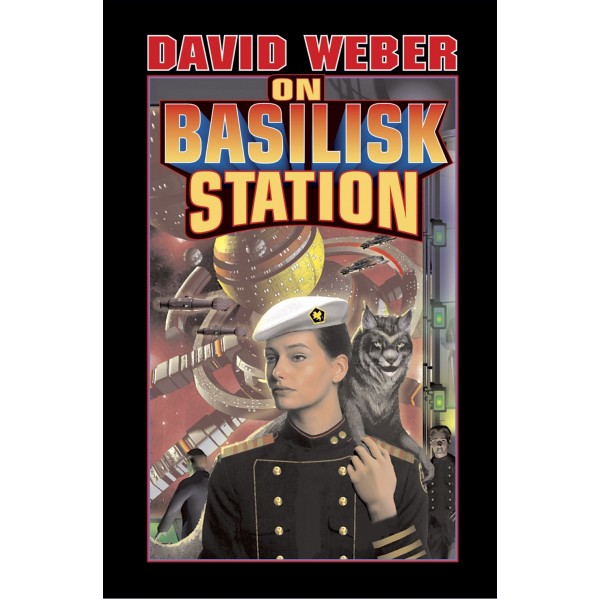 Honor Harrington's first command goes badly awry when she discovers her ship, the HMS Fearless, has only been armed with an experimental weapon — one commissioned by an admiral who's humiliated when it doesn't turn out to be a success. In retribution, the admiral assigns her to Basilisk Station, a remote outpost where she's forced to serve under a superior who attempted to rape her when she was a cadet. Her demoralized crew blames her for their ship's backwater posting; she doubts her abilities as a commander; and her job of maintaining security is nearly impossible with just one ship.

But Honor isn't ready to give up. With her beloved treecat Nimitz by her side, she puts her limited resources to clever use, and soon she's cleaning up the smuggling activity on the system — and winning over her crew. And when the Republic of Haven makes an unexpected move against Basilisk, she proves that there's nothing this indomitable commander can't do! The first book in the acclaimed military science fiction introduces Honor (and Nimitz!) to readers with a bang.