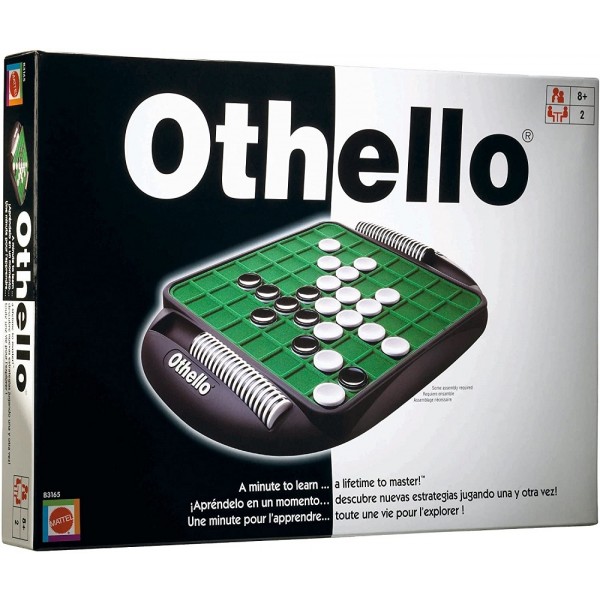 Othello is a game where everything is not black and white! The lead can change hands from play to play and strategy is everything. Players are represented by black an white discs on the board. On each turn, players flank the discs of the opposing player between two of their own; once surrounded, you flip the double-sided disk over to change its color. If you have a move, you have to take it whether you want to or not.

More and more discs fall to the opposing side with each turn. Where will it all end? Starting from just four discs to begin the game, play moves all over the board with as many as 64 discs placed by the final move. When the board is full or a player can't make another move, the game is over — but if you can make a move but you’re out of discs, your opponent has to give you one of theirs! This game for two players will challenge and delight for years to come.