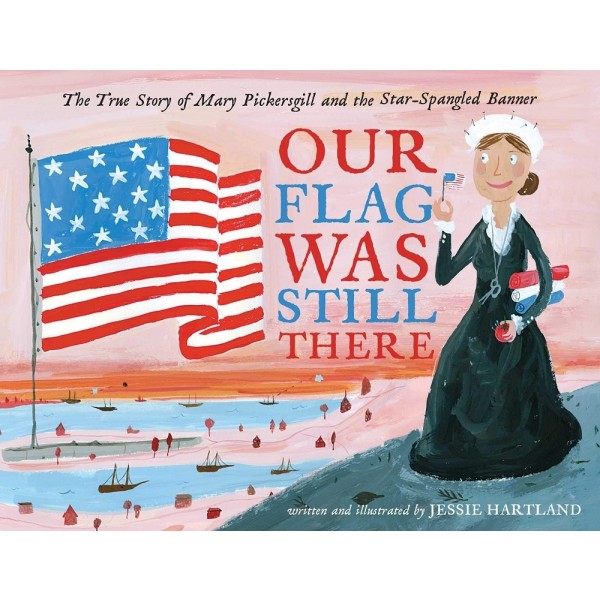 Our Flag Was Still There: The True Story of Mary Pickersgill and the Star-Spangled Banner

If you go to the Smithsonian in Washington, DC, you can see a massive American flag: thirty feet tall and forty-two feet long. That's huge! But how did it get there? And where did it come from? The story of this giant flag begins in 1812 and stars a major on the eve of battle, a seamstress named Mary Pickersgill and her mighty helpers, and a poet named Francis Scott Key. This isn't just the story of one flag. It's the story of The Star-Spangled Banner, a poem that became our national anthem, too.

From beloved author-illustrator Jessie Hartland comes a whimsical nonfiction picture book that tells the story of the American flag. Dynamically told and stunningly illustrated, Hartland brings this fascinating and true story to life.

"Charged with creating a flag 'so large that the British will have no difficulty seeing it from a distance,' Pickersgill and her crew work day and night. 'Each tiny stitch was a small step toward a big flag — and freedom from British rule'.... With naif-styled scenes rendered in plenty of patriotic red gouache, it’s a jovial popular history, but one with an unmistakable respect for its subject matter. And Mary herself is an exemplar of unflappable girl power, looking up from her stitching and giving the reader a jaunty wink." — Publishers Weekly