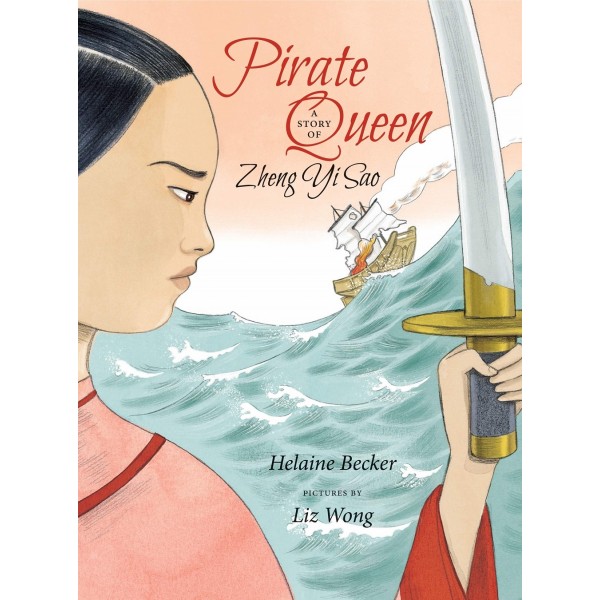 The most powerful pirate in history was a woman who was born into poverty in Guangzhou, China, in the late 1700s. When pirates attacked her town and the captain took a liking to her, she saw a way out. Zheng Yi Sao agreed to marry him only if she got an equal share of his business. When her husband died six years later, she took command of the fleet.

Over the next decade, the pirate queen built a fleet of over 1,800 ships and 70,000 men. On land and sea, Zheng Yi Sao's power rivaled the emperor himself. Time and again, her ships triumphed over the emperor's ships. When she was ready to retire, Zheng Yi Sao surrendered — on her own terms, of course. Even though there was a price on her head, she was able to negotiate her freedom, living in peace and prosperity for the rest of her days. Zheng Yi Sao's powerful story is told in lyrical prose by award-winning author Helaine Becker, with colorful, engaging illustrations by Liz Wong.

"There is little primary documentation about Zheng Yi Sao’s life, as Becker states in a concluding note, but working with what’s known she has woven together a poetic first-person story that’s both believable and readable. Wong’s stylized pencil illustrations highlight intricate details that epitomize turn-of-the-19th-century China, a restrained palette providing color. A welcome addition to the growing strong-women-in-history shelf." — Kirkus Reviews