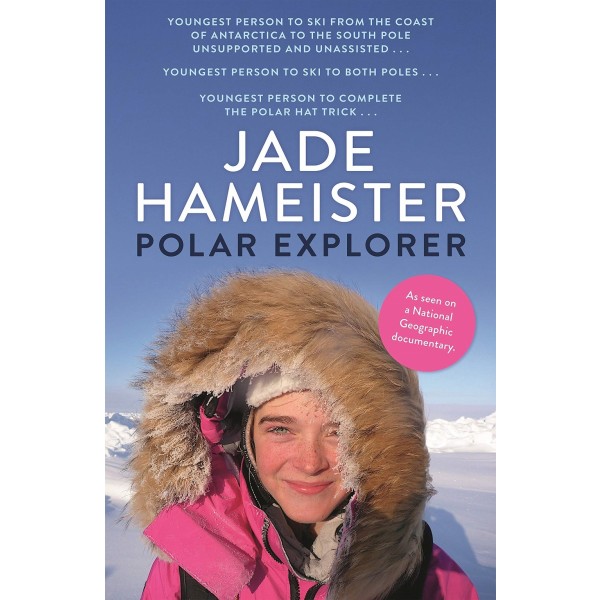 Polar Explorer is an inspiring and empowering story by sixteen-year-old Jade Hameister, chronicling her feat of being the youngest person to complete the Polar Hat Trick. From her first trip to Everest Base Camp as a young woman, Jade Hameister knew what she wanted to achieve — the impossible. Jade began her quest to complete in April 2016, when she was fourteen. She became the youngest person to ski to the North Pole from anywhere outside the last degree — the point where most people begin — and was named Australian Geographic Society's Young Adventurer of the Year. But that was just the beginning.

In June of 2017, she became the youngest woman to complete the crossing of Greenland, the second largest ice cap on the planet. On January 11, 2018, she arrived at the South Pole after an epic 37 day journey through Antarctica, finally winning the record she had dreamed of. This book will motivate and encourage young people to follow their dreams, no matter how impossible they may seem.

"Jade is candid about her thoughts and feelings, including how she redirected her doubts. She explores her interpersonal relationships, especially some of the struggles she faced while sharing a tent with her dad. Jade also includes observations of the impact global warming has made on the environment she is exploring.... This is a well-written, attention-grabbing book; the author is engaging and easily relatable. Jade sets a great example of how young girls can overcome obstacles to achieve even the most difficult goals." — Michelle Kornberger, School Library Journal