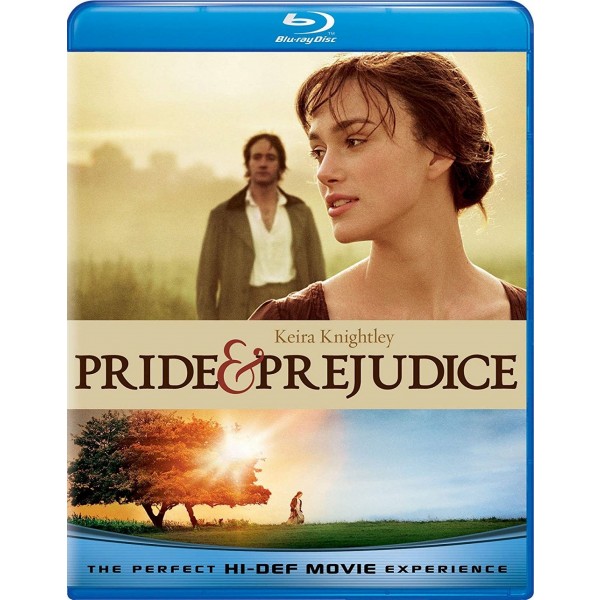 One of the greatest love stories of all time, Pride & Prejudice, comes to the screen in a glorious new adaptation starring Keira Knightley. When Elizabeth Bennett (Knightley) meets the handsome Mr. Darcy (Matthew MacFadyen), she believes he is the last man on earth she could ever marry. But as their lives become intertwined in an unexpected adventure, she finds herself captivated by the very person she swore to loathe for all eternity. Based on the beloved masterpiece by Jane Austen, it is the classic tale of love and misunderstanding that sparkles with romance, wit and emotional force.

Critics are calling it "Exhilarating. A joy from start to finish" - Carina Chocano, Los Angeles Times.

Literary adaptations just don't get any better than director Joe Wright's 2005 version of Jane Austen's Pride & Prejudice. The key word here is adaptation, because Wright and gifted screenwriter Deborah Moggach have taken liberties with Austen's classic novel that purists may find objectionable, but in this exquisite film their artistic decisions are entirely justified and exceptionally well executed. It's a more rural England that we see here, circa 1790 (as opposed to Austen's early 19th century), in which Elizabeth Bennet (Keira Knightley) is one of several sisters primed for marriage, with an anxious mother (Brenda Blethyn) only too desperate to see her daughters paired off with the finest, richest husbands available.

Elizabeth is strong-willed and opinionated, but her head (not to mention her pride and prejudice) lead her heart astray when she meets the wealthy Mr. Darcy (Matthew Macfadyen), whose own sense of decency and discretion (not to mention his pride and prejudice) prevent him from expressing his mutual affection. They're clearly meant for each other, and as Knightley's performance lights up the screen (still young enough to be girlishly impertinent, yet wise beyond her 20 years), Austen's timeless romance yields yet another timeless adaptation, easily on par with the beloved BBC miniseries that has been embraced by millions since originally broadcast in 1995. Individual tastes will vary as to which version should be considered "definitive," but with a stellar supporting cast including Judi Dench and Donald Sutherland, this impeccable production achieves its own kind of perfection. -- Jeff Shannon