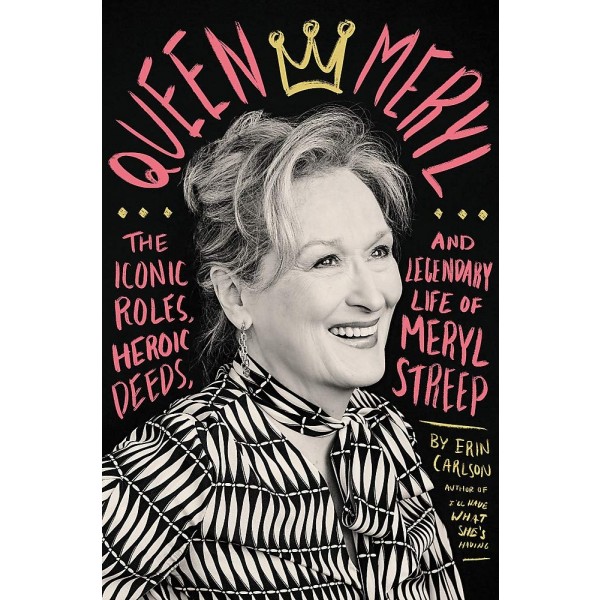 Meryl Streep is the most celebrated actress of our time. She's a chameleon who disappears fully into each character she plays. She leverages her rarified platform to channel a range of dynamic, complicated women — Joanna Kramer, Karen Silkwood, Julia Child, Margaret Thatcher, Katharine Graham — rather than limit herself to marginal roles for which other actresses must settle: Supportive Wife. Supportive Mother. Supportive Yet Utterly Disposable Love Interest. Streep will have none of that.

The once-awkward, frizzy-haired suburban teen blossomed at Vassar College and the Yale School of Drama. She came of age during the women's movement of the '60s and '70s, and has worn her activism on her sleeve even when it was unfashionable. When she reached 40, the age when many leading ladies fade away, Streep plunged forward, taking her pick of parts that interested her and winning a pile of awards along the way.

Journalist and author Erin Carlson documents all of Streep's Oscars, accents, causes, memes, friendships, and feuds; also exploring the "off-brand" forays into action-adventure (The River Wild) and musicals (Mamma Mia!), and how Streep managed to sneak her feminism into each character. Iillustrated by artist Justin Teodoro and filled with fascinating lists and sidebars, this book is a joyful homage to its unique and brilliant subject.