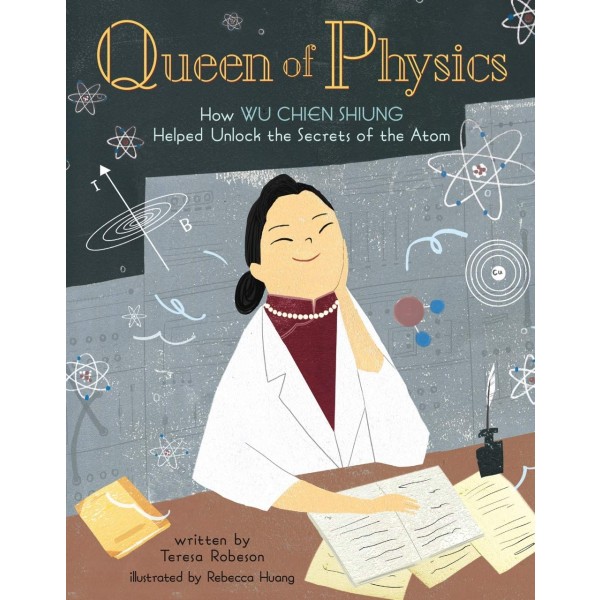 Queen of Physics: How Wu Chien Shiung Helped Unlock the Secrets of the Atom

When Wu Chien Shiung was born in China 100 years ago, most girls did not attend school; no one considered them as smart as boys. But her parents felt differently. Giving her a name meaning "Courageous Hero," they encouraged her love of learning and science. And with her groundbreaking discoveries, she proved that women belonged in the lab.

Along the way, she earned the admiration of famous scientists like Enrico Fermi and Robert Oppenheimer and became the first woman hired as an instructor by Princeton University, the first woman elected President of the American Physical Society, the first scientist to have an asteroid named after her when she was still alive, and many other honors. This engaging biography from the People Who Shaped Our World series follows Wu Chien Shiung as she battles sexism and racism to become what Newsweek magazine called the "Queen of Physics" for her work on beta decay.

"Fortunate to have parents who started a girls’ school in China, Wu was educated like her brothers, attended university, and led student protests to 'resist Japanese invaders' just before WWII. After moving to the U.S., she investigates parity and beta decay in California and New York, often facing prejudice, and is passed over for the Nobel Prize as her male colleagues receive accolades. All the while, she perseveres, remembering her Baba’s words: 'Just put your head down and/ keep walking forward'.... A list of Wu’s “firsts” (first woman instructor at Princeton, for example) and a glossary of nuclear terms close this bittersweet biography of a brilliant woman." — Publishers Weekly