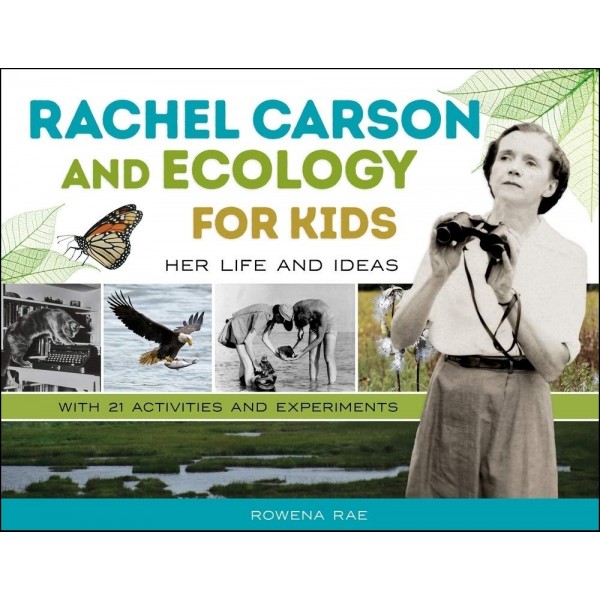 Rachel Carson and Ecology for Kids

Her Life and Ideas, with 21 Activities and Experiments

Rachel Carson was an American biologist, conservationist, science and nature writer, and catalyst of the modern environmental movement. She studied biology in college at a time when few women entered the sciences, and then worked as a biologist and information specialist for the US government and wrote about the natural world for many publications. Carson is best remembered for her book Silent Spring, which exposed the widespread misuse of chemical pesticides in the United States and sparked both praise and fury.

Using examples from Carson's life and works, this lively biography from the For Kids series will introduce readers to ecology concepts such as the components of ecosystems, adaptations by living things, energy cycles, food chains and food webs, and the balance of ecosystems. Hands-on activities include collecting a seed bank of local plant species, modeling bioaccumulation, learning about food chains and webs, building a worm farm, and designing a poster to raise awareness of ecological issues. They're sure to inspire the next generation of scientists, thinkers, leaders, agricultural producers, environmental activists, and world citizens.