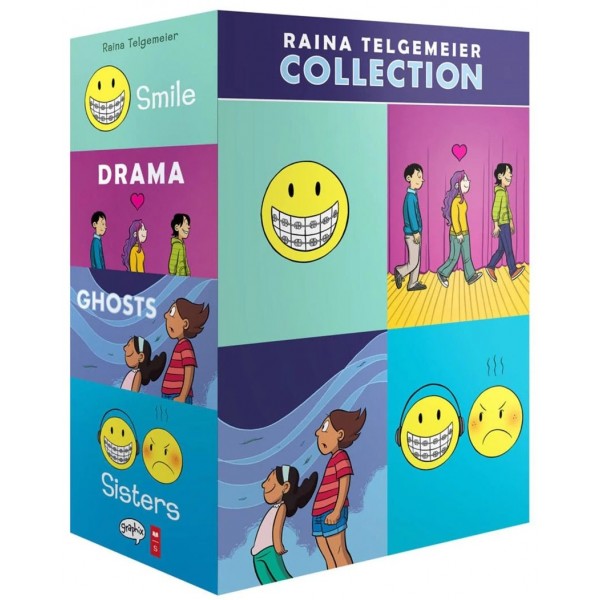 In this box set, you get a collection of Raina Telgemeier's #1 New York Times bestselling, award-winning graphic novels about family, friendship, and the highs and lows of growing up!