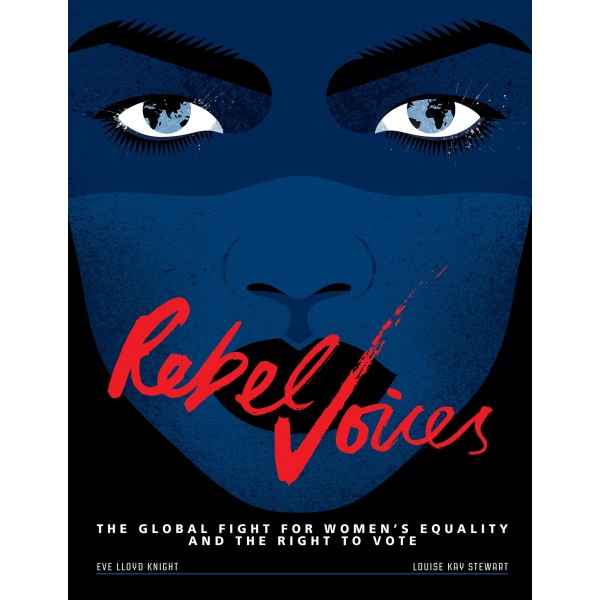 Rebel Voices: The Global Fight for Women's Equality and the Right to Vote

Rule Breakers. Risk Takers. Rebel Women. Law Makers. This book is a celebration of women standing up, speaking out, and sticking together to battle inequality and win the vote. In January 2017, more than 3 million women around the world marched, demanding their voices be heard and their rights defended. Rebel Voices is a book about historical events, but truly for our times. It features the brave campaigners who fought for women's right to vote.

Discover that it was never illegal for women to vote in Ecuador, or how 40,000 Russian women marched through St. Petersburg demanding their rights. Find out how one Canadian woman changed opinions with a play, and Kuwaiti women protested via text message. And learn that women climbed mountains, walked a lion through the streets of Paris, and starved themselves, all in the name of having a voice. Tracing its history from New Zealand at the end of the 19th century, follow this empowering movement as it spread from Oceania to Europe and the Americas, then Africa and Asia up to the present day. Stunningly illustrated by Eve Lloyd Knight, this book celebrates the women who refused to behave, rebelling against convention to give women everywhere a voice.

"The collaborators chronologically present the slow progression of women’s suffrage worldwide, beginning with New Zealand in 1893 and ending with Saudi Arabia in 2015. Each spread focuses on a woman, group of women, or organization that was pivotal to the suffrage fight in a given nation. Stewart captures the grit and determination of the women through stormy backgrounds, stark design elements, and vehement facial expressions.... The portraits call to mind sorceresses or other fairy tale figures, but through clear, evocative descriptions and useful timelines, Knight emphasizes that these heroines were and are very real." — Publishers Weekly