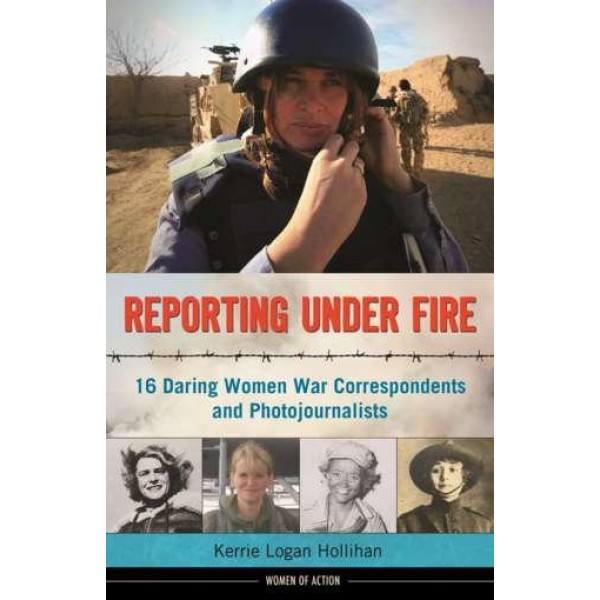 A profile of 16 courageous women, Reporting Under Fire tells the story of journalists who risked their lives to bring back scoops from the front lines. Each woman -- including Sigrid Schultz, who broadcast news via radio from Berlin on the eve of the Second World War; Margaret Bourke-White, who rode with General George Patton's Third Army and brought back the first horrific photos of the Buchenwald concentration camp; and Marguerite Higgins, who typed stories while riding in the front seat of an American jeep that was fleeing the North Korean Army -- experiences her own journey, both personally and professionally, and each draws her own conclusions.

Yet without exception, these war correspondents share a singular ambition: to answer an inner call driving them to witness war firsthand, and to share what they learn via words or images.

"Filled with black-and-white photos, newspaper clippings, and personal anecdotes from the women themselves, the text is chock-full of their daring exploits....Not only do readers gain a healthy respect for each reporter, but they also gain insight into global history. As such, the book reads like a narrative time line of world history, women's rights, and the field of journalism as a whole. The inclusion of notes and a bibliography provides additional resources for further reading." -- Audrey Sumser, School Library Journal