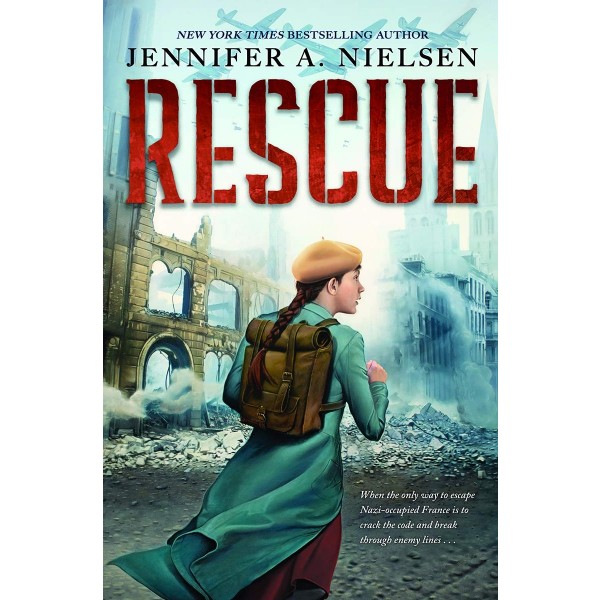 657 days ago, Meg Kenyon's father left their home in France to fight for the Allies in World War II, and that was the last time Meg saw him. All she has left of him are the codes he placed in a jar for her to decipher, an affectionate game the two of them shared. But the codes are running low, and soon there'll be nothing left of Papa for Meg to hold on to at all.

Suddenly, an impossible chance to save her father falls into Meg's lap. She finds an injured British spy hiding in her grandmother's barn, and Captain Stewart tells her that if a family of German refugees is guided across Nazi-occupied France to neutral Spain, one of them has promised to free Meg's father from a Nazi prison. Too injured to complete the task himself, he offers it to Meg, along with a final code from Papa to help complete the mission.

Leading strangers through treacherous territory, with the Nazis in hot pursuit, Meg faces danger and uncertainty at every turn, all the while struggling to crack her father's code. The message, as she unravels it, reveals secrets costly enough to risk the mission and even her own life. From bestselling author Jennifer A. Nielsen comes a thrilling World War II story of espionage and intrigue, as one girl races to save her father and aid the French resistance.

"Nielsen (the Ascendance series) builds suspense through constantly shifting suspicions and loyalties, combined with the foursome’s risky journey. Whom should Meg trust? Has she interpreted her father’s recent coded letter correctly? Is she leading her group into or away from danger? Determined and stubborn Meg makes a believable... protagonist, and her story is well-paced and absorbing, with complicated plotting that rewards careful reading." — Publishers Weekly