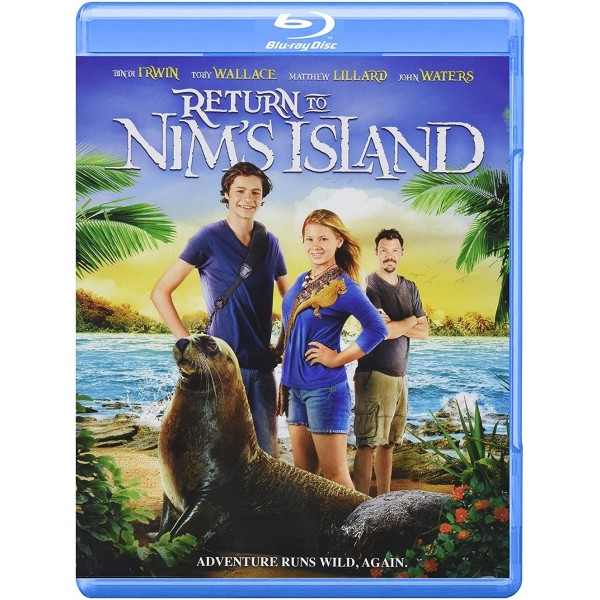 The writer and producer of the smash hit Nim's Island, based on the novel by Wendy Orr, brings you the much anticipated sequel, Return to Nim's Island, featuring Bindi Irwin in a wild ride filled with pristine beaches, exotic animals, dastardly pirates, and all your favorite characters from the original.

After his cruise ship discovery of Nim and her beautiful island, Edmund tries to explain the wonder of his find to his classmates only to find that nobody will believe him. Frustrated, Edmund runs away and sneaks aboard the same fateful cruise ship as his last adventure and steals a row boat to make his way to Nim's Island.

At the same time, Nim's world is turning upside down, as she's faced with the possibility of having to move to the mainland for her father to pursue his scientific research. Left alone for her last weekend on the island, Nim finds Edmund, as well as the pirate animal poachers that followed him! Soon, Nim and Edmund are in a stealth battle of cunning and wits to rescue her beloved sea lion Selkie.