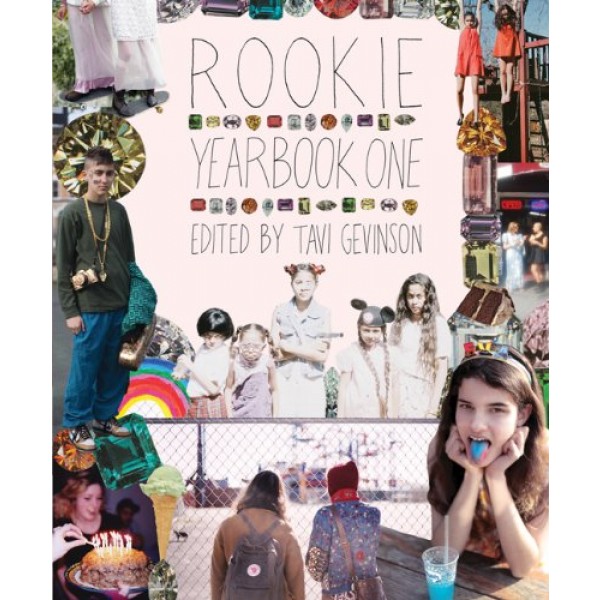 As a young teenager, Gevinson couldn't find what she was looking for in a teen magazine; Rookie is the one she created herself to fill that void. Her coolheaded intellect shines in Rookie, arguably the most intelligent magazine ever made for a teen-girl audience. Gevinson writes with a humble but keen authority on such serious topics as body image, self-esteem, and first encounters with street harassment. She's equally deft at doling out useful advice, such as how to do a two-minute beehive, or how to deliver an effective bitchface. Rookie's passionate staffers and faithful readers have helped make Rookie the strong community that it is.

Tavi Gevinson started her personal blog, Style Rookie, in 2008, when she was eleven years old. It was a place where, from the confines of her bedroom in the suburbs, she could write about personal style and chronicle the development of her own. Within two years, the blog was averaging fifty thousand hits per day....Soon Tavi's interests grew beyond fashion, into culture and art and, especially, feminism. In September 2011, when she was fifteen, she launched Rookie, a website for girls like her: teenagers who are interested in fashion and beauty but also in dissecting the culture around them through a uniquely teen-girl lens.

"This title compiles the site’s 'very best' offerings through May 2012....with wit and reason, Rookie combats the often ridiculous or destructive advice aimed at its audience, and it is a beacon for a smarter, more sensitive generation of young women." -- Annie Bostrom, Booklist