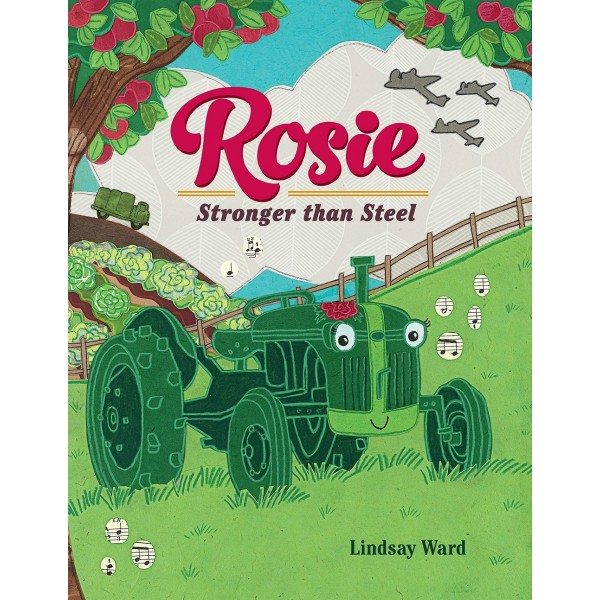 This is our Rosie, / stronger than steel. / She’ll plow all the land / with a turn of her wheel.

Built by women in the United States and sent to England to dig and plow alongside female farmers during World War II, Rosie the tractor does whatever is needed to support the war effort. She works day and night to help grow crops for the troops… even when she has to hide in the fields. This is because she knows, like the women who built her and the women who farm with her, that they all must do their part.

Inspired by the group of American women collectively known as Rosie the Riveter and the British Women’s Land Army, this is a story about taking action and coming together for the greater good. It's a tribute to courage, strength, and the power of determined women!

"Rosie is determined to do her part, repeating, 'I plow and I dig. / I dig and I plow. / No matter the job, / this is my vow.' The war ends but not her purpose — there’s a happy ending in store for the little tractor that could. Ample backmatter tells the true story behind tractors like Rosie.... More than the sum of its parts, this is a wildly successful and well-researched shaping of the picture-book form to true historical sheroes." — Kirkus Reviews