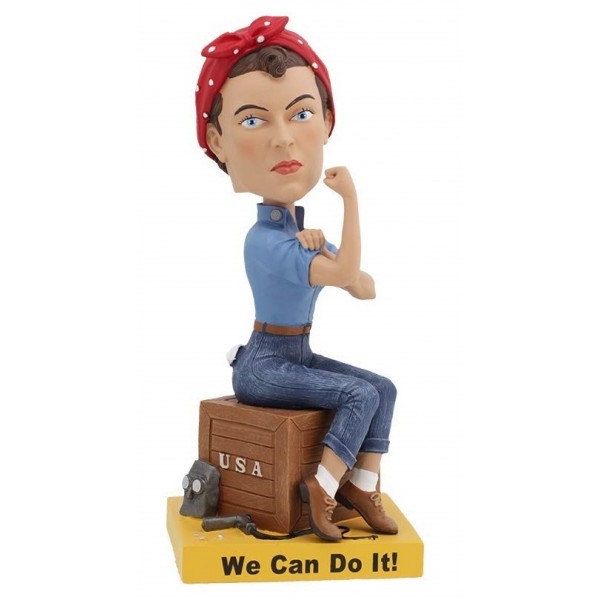 Created during WWII, Rosie the Riveter represents the women who worked in the factories and shipyards, replacing the male workers who joined the military. She is a cultural symbol of the United States and is considered an iconic symbol of American feminism and women's economic power. Now, you can pay tribute to this symbol of female strength with this figurine from Royal Bobbles!

This 8" bobblehead shows Rosie in her iconic working clothes and a red bandana. She is shown holding her sleeve and flexing exactly as she does in all of her motivational posters. She is sitting on a box with the iconic words "We Can Do It" printed under in bright yellow. All Royal Bobbles bobbleheads are made from highest quality, heavyweight polyresin and hand painted; is also comes with its own unique serial number on the bottom of the base to indicate authenticity.