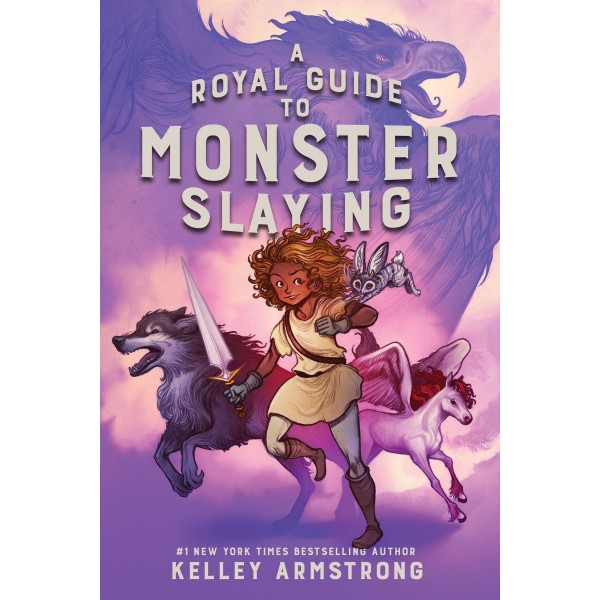 A Royal Guide to Monster Slaying

Twelve-year-old Rowan is destined to be Queen; her twin brother, Rhydd, to be Royal Monster Hunter. Rowan would give anything to switch places, but the oldest child is always next in line, even if she is only older by two minutes. She resigns herself to admiring her monster hunting aunt's glorious sword and joining her queen mother for boring diplomatic teas. But tragedy shatters the longstanding rule, and Rowan finds herself hunting the most dangerous monster of all: a gryphon.

Accompanied by a feisty baby jackalope and a giant wolf that barely tolerates her, Rowan sets off on a journey that will see her join other unlikely allies: a boy with monster-hunting ambitions of his own, and a girl hiding dangerous motives. It will take all of Rowan's skills, both physical and diplomatic, to keep this adventure on track. The future of her kingdom depends on it.

"Longtime master of YA thrills Armstrong (Aftermath, 2018, etc.) now brings her talent for frissons, drama, and dark humor to middle-grade fantasy. The primary plot is driven by equal parts hunt-or-be-hunted action, character motivations, and unexpected emotional depth. And in the background simmers political intrigue, personal ambition, and looming upheaval bound to spill over into the sequel.... A rousing romp for monster hunters and monster lovers alike." — Kirkus Reviews