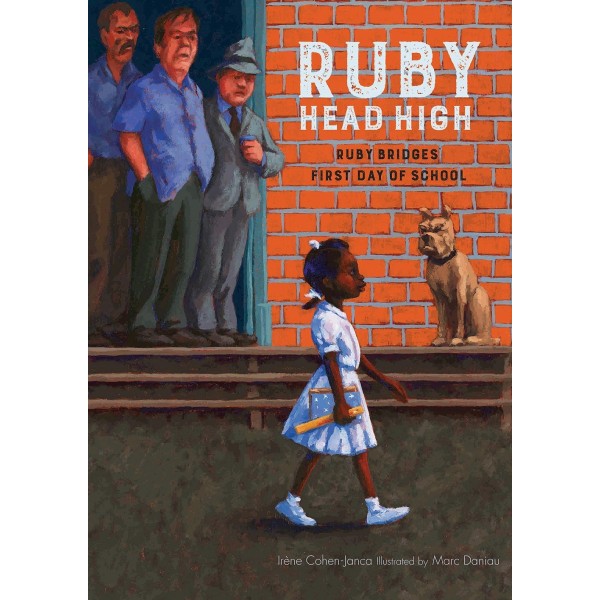 It's Ruby Bridges' first day of school, but her first day is going to be different: she is desegregating an all-white elementary school, and people are furious. As the narrator imagines what life was like for Ruby, she captures a loving home and a family's difficult decision to put their child at risk for equality. But Ruby walks with her head held high, despite the mob and the racist graffiti: she is ready to go to school.

Inspired by an iconic Norman Rockwell painting and translated from an original French text, this is a story about the day a little girl held her head high and changed the world. Vivid illustrations capture the time period and the viciousness directed at a little girl for daring to attend school. It's a powerful telling of Ruby's story that help kids imagine what it would be like to be in her shoes.