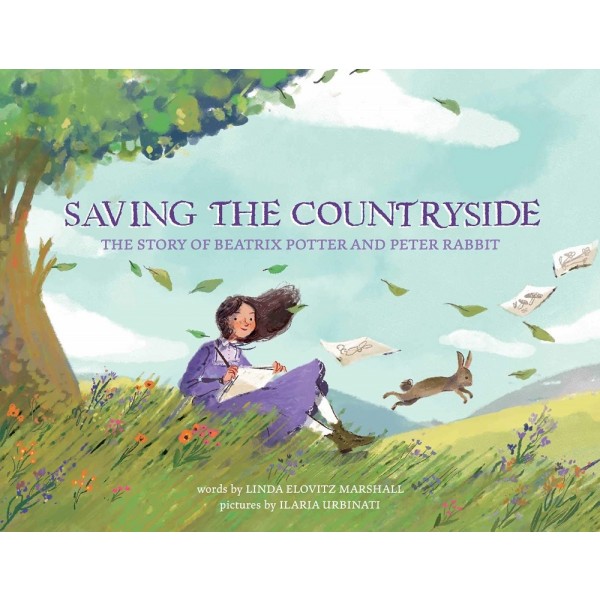 Saving the Countryside: The Story of Beatrix Potter and Peter Rabbit

Through she's universally known as the creator of The Tale of Peter Rabbit, Beatrix Potter did so much more. This is the true story about how she helped save the English countryside! Growing up in London, Beatrix Potter felt the restraints of Victorian times. Girls didn't go to school and weren't expected to work. But she longed to do something important, something that truly mattered. As Beatrix spent her summers in the country and found inspiration in nature, it was through this passion that her creativity flourished.

There, she crafted The Tale of Peter Rabbit. She would eventually move to the countryside full-time, but developers sought to change the land. To save it, Beatrix used the money from the success of her books and bought acres and acres of land and farms to prevent the development of the countryside that both she and Peter Rabbit so cherished. Because of her efforts, it's been preserved just as she left it. This beautiful picture book shines a light on Beatrix Potter's lesser-known history and her desire to do something for the greater good.

"Drawing delicately rendered bunnies was Beatrix Potter’s unlikely path to financial independence and self-sufficiency in a time when women faced serious obstacles to both. In forthright language, this picture book biography recounts her boundary-breaking life as she grows from a nature-loving child with a menagerie of pets (including a rabbit, Benjamin Bouncer) into a successful artist and canny entrepreneur." — Publishers Weekly