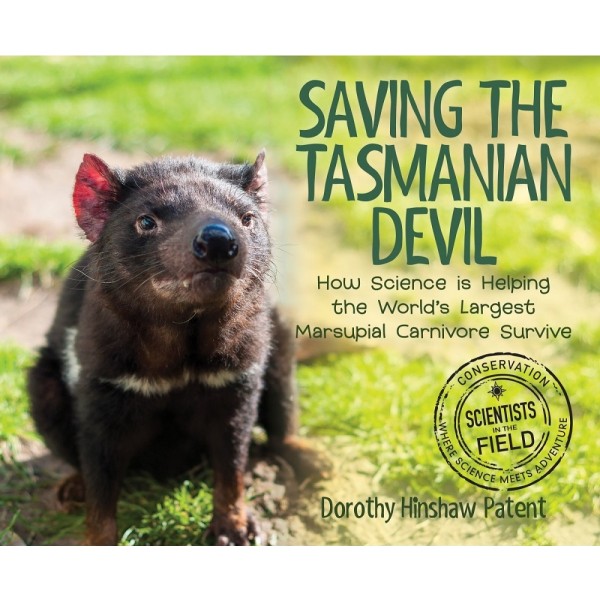 How Science Is Helping the World’s Largest Marsupial Carnivore Survive

In 1995, a deadly disease began sweeping across the Australian island state of Tasmania, killing every infected Tasmanian devil. The disease moved so fast that some scientists feared the species would be wiped out in the wild within a few decades. Where did this disease, named Devil Facial Tumor Disease, come from? What caused it — a virus, bacteria, or something else? How did it pass from one devil to another? What could be done to fight it?

When author Dorothy Hinshaw Patent learned of the race to save the devil from her friend, Australian geneticist Jenny Graves, she felt compelled to travel to Australia to learn firsthand from scientists what they were finding out about these iconic Tasmanian animals and what they were doing to help it from disappearing in the wild. In this book from the Scientists in the Field series, readers follow Dorothy as she takes readers on a fascinating journey into the Australian mainland and Tasmania, visiting parks and wildlife refuges and joining geneticists, ecologists, and other researchers as they work tirelessly to save Tasmania’s unique icon.