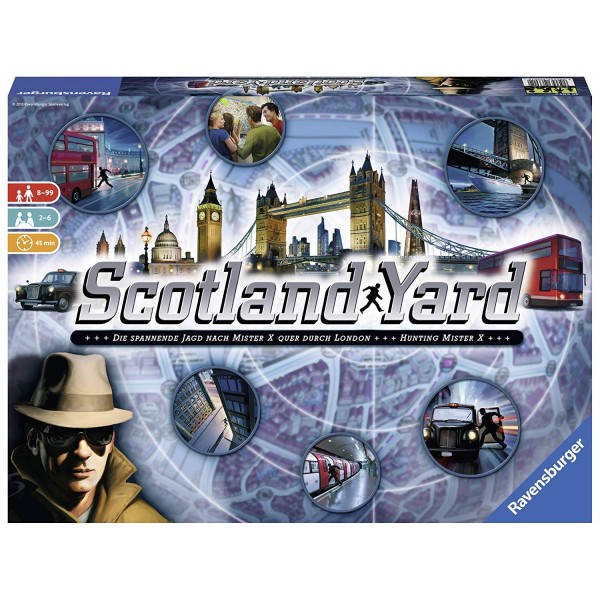 London's famous police detectives are put to the test with this family-friendly board game. One player assumes the role of the mysterious fugitive Mister X, who is on the run in London, using the city's vast transportation network to elude the detectives in hot pursuit. The goal of the game is for Mister X to stay hidden until the very end, while the rest of the players, acting as detectives, work in concert to catch him.

Every move is either by taxi, underground, or bus. Mister X writes his move in his travel log, indicating what method of transportation he used but not where he moved. Then, each detective makes their move, cooperating with the other detectives in an effort to close in on Mister X. If one of the detectives moves to the place where Mister X is, the team of detectives has won the game. But if Mister X makes 24 moves without being caught, Mister X is the winner!

This game for 2 - 6 players takes approximately 40 minutes to play and includes a playing board, log book, visor, 6 playing pieces, 20 cards, and 125 travel tickets.