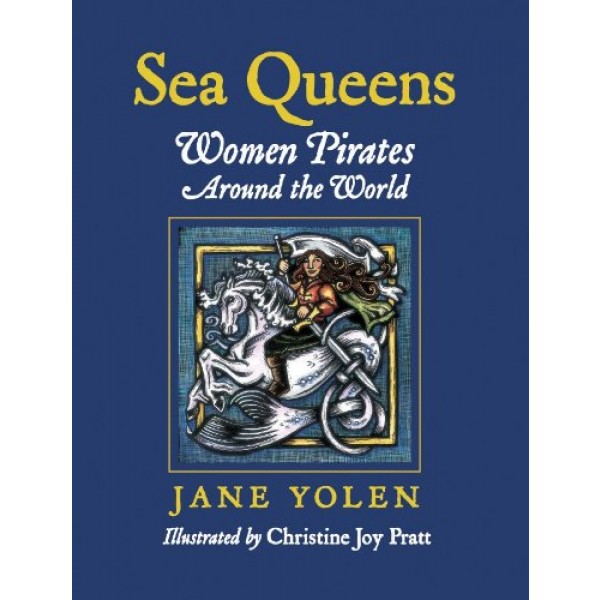 In 1963 Jane Yolen released a book called Pirates in Petticoats, because the idea of women as pirates fascinated her -- but there wasn't much information about these women who made their livelihoods plundering on the high seas. Scholars have dug up a bounty.

"Most of what is known about the earliest "sea queens" is the stuff of story and legends. Yolen carefully notes what has been documented and what may be exaggeration throughout these brief biographies. An introductory chapter clears up some common misconceptions about pirates and pirating. Using recent scholarship on the subject, this collection crosses the oceans to include both familiar and unfamiliar names... Women pirates about whom there is a lack of adequate information for inclusion are mentioned." —Carol S. Surges, School Library Journal