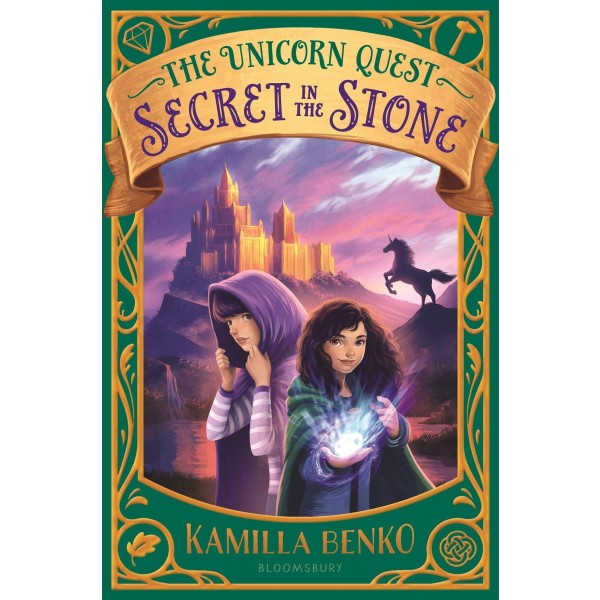 The Unicorn Quest: Secret in the Stone

Claire Martinson and her sister Sophie have decided to stay in Arden — the magical land they discovered by climbing up a chimney in their great-aunt's manor. If what they've learned is true, the sisters are the last descendants of the royal family, and only a true heir of Arden — with magic in her blood — can awaken the unicorns. And since Sophie does not have magic, the land's last hope rests on Claire.

The sisters journey to Stonehaven, a famed Gemmer school high in the mountains of Arden, so Claire can train in the magic of stone. As Claire struggles through classes, Sophie uncovers dangerous secrets about the people they thought they could trust. With Arden on the brink of crumbling, can Claire prove she is the prophesied heir and unlock the magic of the unicorns before it's too late? This sequel to The Unicorn Quest deepens to story of Claire and Sophie as they struggle to find their place in Arden. The trilogy concludes in Fire in the Star.

"Despite their newfound royal ancestry, both Claire and her seemingly confident sister battle their own secret insecurities, and the tension between them grows throughout the story. As Arden’s unicorn legends resurface along the journey, Claire and Sophie discover repeating themes from the past to guide them forward. Plot twists and a cliffhanger ending offer an enticing incentive to continue the series. Picking up in the midst of danger that never withdraws, this continuation dives deeper into the mysterious legends that make Arden magical." — Kirkus Reviews