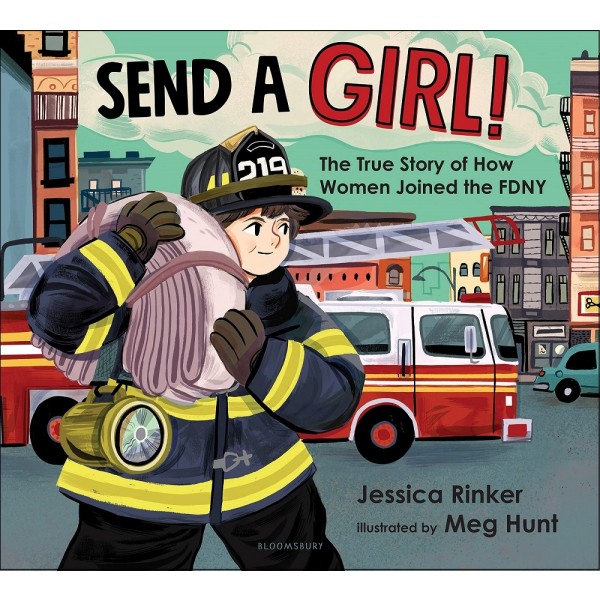 Send a Girl! The True Story of How Women Joined the FDNY

Brenda Berkman was often told that she couldn't do certain things because she was a girl. When she grew up, she longed for a job that was challenging, different every day, and required physical and mental strength. In 1977 when the New York City Fire Department finally complied with the Civil Rights Act (from 1964) by allowing women to take the FDNY exam, Brenda jumped at the chance.

But the FDNY changed the rules of the exam so women wouldn't be able to pass it. Even a lot of men couldn't pass this new exam. So Brenda Berkman took the FDNY to court. In 1982, they finally made a fair test, and Brenda and 41 other women passed. Brenda went on to serve in the FDNY for 25 years, reaching the positions of Lieutenant and Captain, and was a first responder during the attacks on the Twin Towers on 9/11.

After her retirement, Brenda founded the United Women Firefighters, an organization that helps train and prepare women to be firefighters. This inspiring picture book is a celebration of this firefighting pioneer and her determination to prove that women firefighters were just as capable as men!

"Contextualizing descriptions of the sexist beliefs of the time are interwoven with Berkman’s story, which focuses on her will to fight discrimination legally, in the court of public opinion and inside the fire department, as well as her love of and dedication to firefighting. Casually rendered cartoon illustrations are tied closely to the text and show the drama and importance of both fighting for equal rights and fighting fires.... This tale of the first official NYC female firefighter holds quality and feminism at its core." — Kirkus Reviews