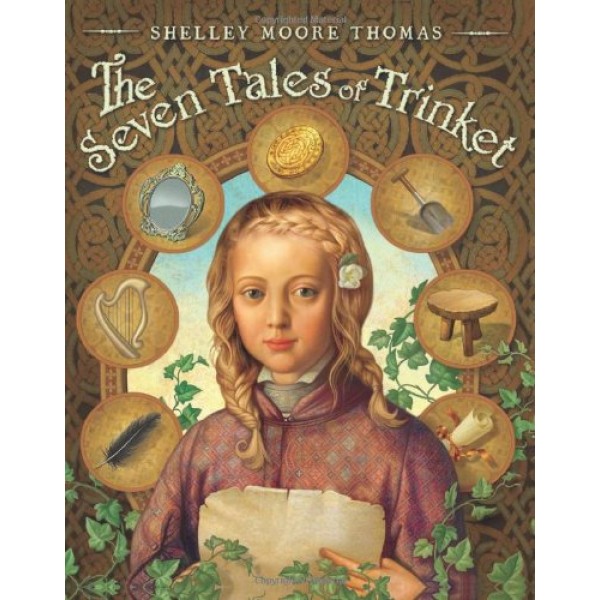 The Seven Tales of Trinket

Guided by a tattered map, accompanied by Thomas the Pig Boy, and inspired by the storyteller's blood that thrums through her veins, eleven-year-old Trinket searches for the seven stories she needs to become a bard like her father, who disappeared years before.

She befriends a fortune-telling gypsy girl; returns a child stolen by the selkies to his true mother; confronts a banshee and receives a message from a ghost; helps a village girl outwit and out-dance the Faerie Queen; travels beyond the grave to battle a dastardly undead Highwayman; and meets a hound so loyal he fights a wolf to the death to protect the baby prince left in his charge. All fine material for six tales, but it is the seventh tale, in which Trinket learns her father's true fate, that changes her life forever.

"Thomas spins tales worthy of her heroine’s aspirations in this nimbly structured collection of seven magical adventures that build into a highly rewarding story.” -- Publishers Weekly

"Thomas offers an impressive debut novel in which she weaves seven compelling stories together with narrative power and considerable grace." -- Booklist