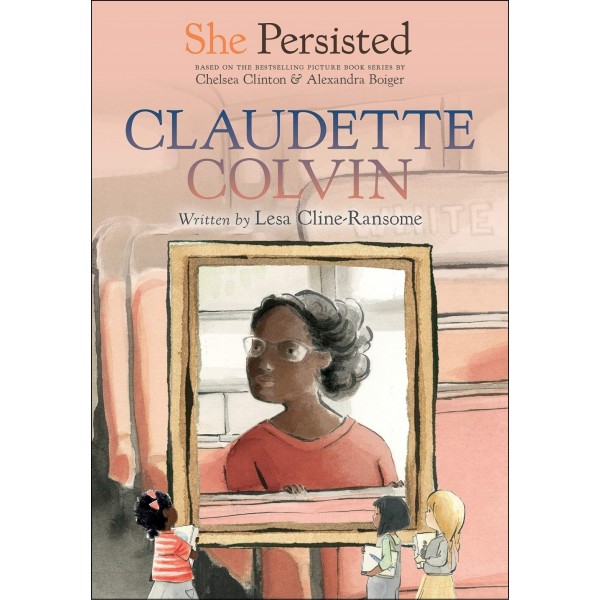 Before Rosa Parks famously refused to give up her seat on a bus in Montgomery, Alabama, fifteen-year-old Claudette Colvin made the same choice. She insisted on standing up — or in her case, sitting down — for what was right, and in doing so, fought for equality, fairness, and justice. The Civil Rights Movement leaders didn't think she would make the right face for a case that could stir the nation to action, but she knew that she had taken a critical first step towards ending unjust laws.

Inspired by the #1 New York Times bestselling picture book She Persisted by Chelsea Clinton and Alexandra Boiger comes a chapter book series about women who stood up, spoke up and rose up against the odds! In the second volume, award-winning author Lesa Cline-Ransome teaches young readers about Colvin's life and activism. With spot illustrations by Gillian Flint, this book is an empowering introduction to a young activist who persisted, despite all obstacles.