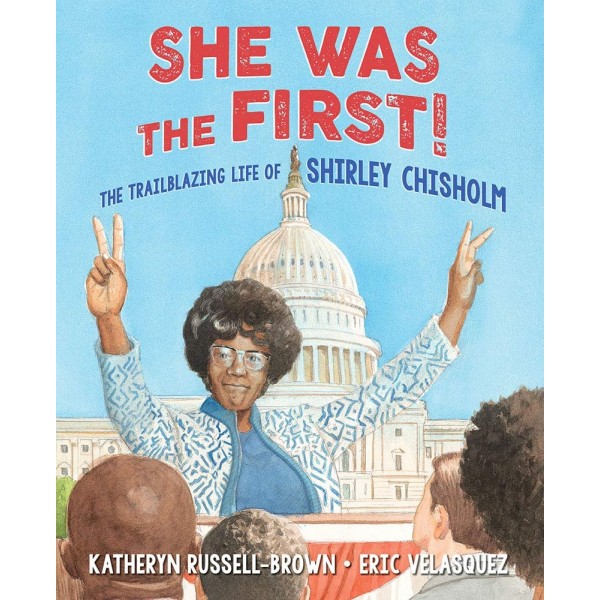 She Was the First!: The Trailblazing Life of Shirley Chisholm

Even as a young child growing up in the 1920s, Shirley Chisholm was a leader. At the age of three, older children were already following her lead in their Brooklyn neighborhood. As a student at Brooklyn College, Shirley could outtalk anyone who opposed her on the debate team. After graduating, she used her voice and leadership to fight for educational change. In community groups, she stood up for the rights of women and minorities. Her small stature and fiery determination often took people by surprise. But they listened.

This is a timely, inspiring picture book biography of the dynamic twentieth-century educator, activist, and politician Shirley Chisholm, who opened the door for women in the political arena and for the first black president of the United States.

"Russell-Brown’s text does a remarkable job of pulling together the threads of Shirley’s life to show how her experiences informed her life trajectory, ending on a note of triumph even though she does not win the presidential nomination. Velasquez’s watercolor illustrations are full of life, using texture and light to capture vivid and varied scenery, personalities, and emotion.... Important history made beautiful and engaging." — Kirkus Reviews