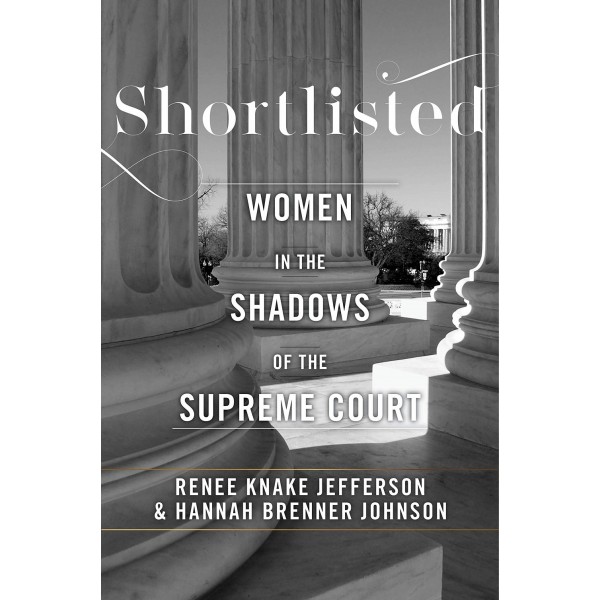 Shortlisted: Women in the Shadows of the Supreme Court

In 1981, Sandra Day O'Connor became the first female justice on the United States Supreme Court after centuries of male appointments, a watershed moment in the long struggle for gender equality. Yet few know about the remarkable women considered in the decades before her triumph. Shortlisted tells the overlooked stories of nine extraordinary women — a cohort large enough to seat the entire Supreme Court — who appeared on presidential lists dating back to the 1930s.

Florence Allen, the first female judge on the highest court in Ohio, was named repeatedly in those early years. Eight more followed, including Amalya Kearse, a federal appellate judge who was the first African American woman viewed as a potential Supreme Court nominee. Award-winning scholars Renee Knake Jefferson and Hannah Brenner Johnson cleverly weave together long-forgotten materials from presidential libraries and private archives to reveal the professional and personal lives of these accomplished women. They also reveal the harms of shortlisting: adding qualified female candidates to a list but passing over them ultimately creates the appearance of diversity while preserving the status quo.

With the stories of these nine exemplary women as a framework, Shortlisted offers all women a valuable set of strategies for upending the injustices that still endure. It is a must-read for those seeking positions of power as well as for the powerful who select them in the legal profession and beyond.