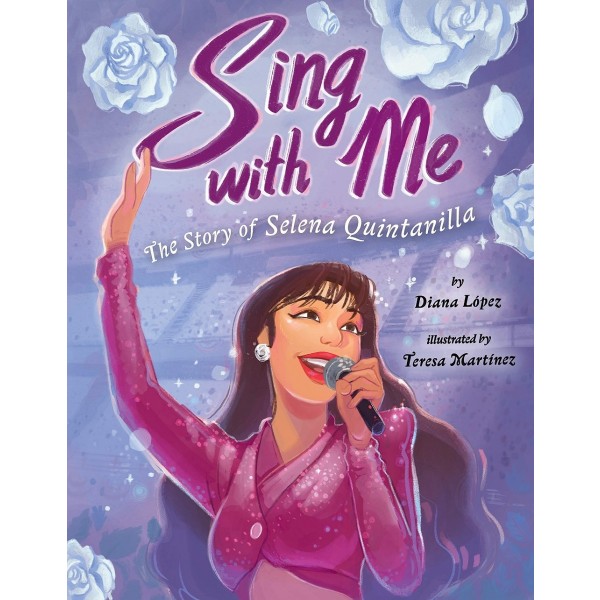 Sing with Me: The Story of Selena Quintanilla

From a very early age, young Selena knew how to connect with people and bring them together with music. She wanted to be famous, but there were many obstacles in her way: gender and racial bias, the need to learn Spanish to sign Tejano music, and all the challenges of being a musician on the road, including long days, small crowds, and more. But her love of her Mexican-American roots shone through it all, and she became an inspiration for Latinas everywhere.

Sing with Me follows Selena's rise to stardom, from front-lining her family's band at rodeos and quinceañeras to performing in front of tens of thousands at the Houston Astrodome. Young readers will be empowered by Selena's dedication and how she shared her love of music, fashion, and her culture with the world. This exuberant picture book celebrates the life and legacy of the beloved Queen of Tejano music.

"Corpus Christi native López smartly focuses on the road that got Selena to her success and all the work and study that went into overcoming genre, racial, and gender divides in the music industry. She gets the details and tone right, whether it’s in capturing her subject’s passion for performing or simply sprinkling in Spanish words and phrases without overexplaining them. ('Papel picado hung from the ceiling [of the family restaurant] and the scent of caldo and charro beans filled the air').... Martinez’s illustrations capture the Quintanilla family’s loving moments and convey extra information with the layering in of postcards, banners, street signs, and lyrics." — Kirkus Reviews