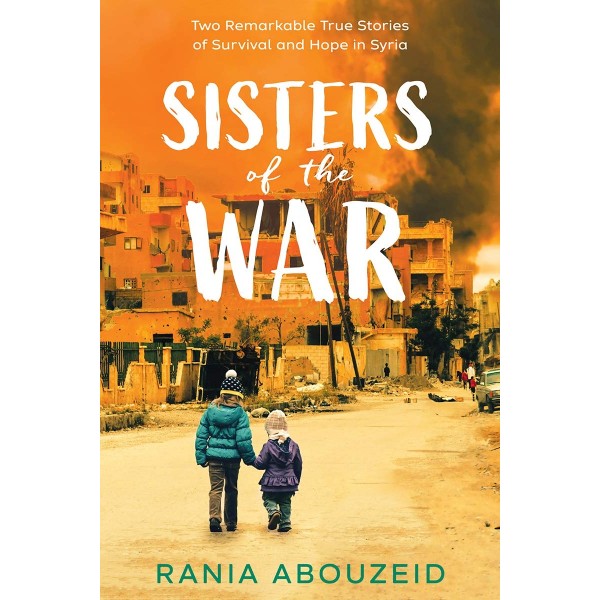 Sisters of the War: Two Remarkable True Stories of Survival and Hope in Syria

Since the revolution-turned-civil war in Syria began in 2011, over 500,000 civilians have been killed and more than 12 million Syrians have been displaced. Rania Abouzeid, one of the foremost journalists on the topic, follows two pairs of sisters from opposite sides of the conflict to give readers a firsthand glimpse of the turmoil and devastation this strife has wrought. Sunni Muslim Ruha and her younger sister Alaa withstand constant attacks by the Syrian government in rebel-held territory. Alawite sisters Hanin and Jawa try to carry on as normal in the police state of regime-held Syria.

The girls grow up in a world where nightly bombings are routine and shrapnel counts as toys. They bear witness to arrests, killings, demolished homes, and further atrocities most adults could not even imagine. Still, war does not dampen their sense of hope. Through the stories of Ruha and Alaa and Hanin and Jawa, Abouzeid presents a clear-eyed and page-turning account of the complex conditions in Syria leading to the onset of the harrowing conflict. With Abouzeid's careful attention and remarkable reporting, she crafts an incredibly empathetic and nuanced narrative of the Syrian civil war, and the promise of progress these young people still embody.