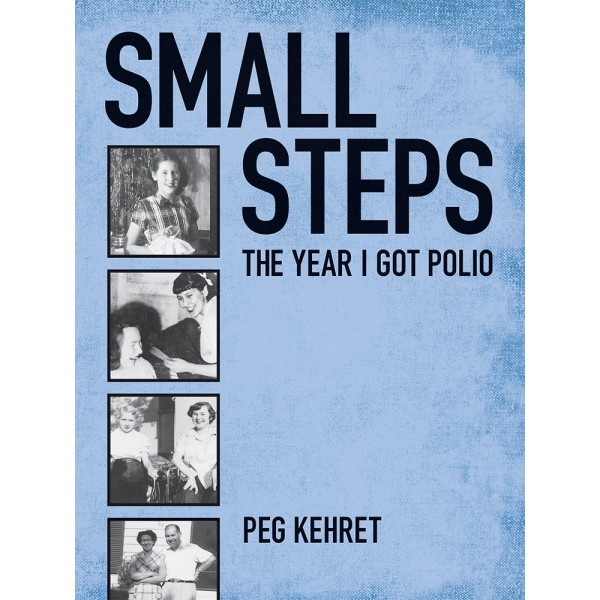 Small Steps: The Year I Got Polio

Peg Kehret was stricken with polio when she was twelve years old. At first paralyzed and terrified, she fought her way to recovery, aided by doctors and therapists, a loving family, supportive roommates fighting their own battles with the disease, and plenty of grit and luck.

Her life in a polio ward was a different world, one which felt very distant from the school her classmates' get-well letters came from. Many of her roommates had been there for years, and Kehret's parents, who were the only families who came during Sunday visiting hours, soon "adopted" her fellow patients... until Kehret was finally recovered enough to return home. With the humor and suspense that are her trademarks, acclaimed author Peg Kehret vividly recreates the true story of her year of heartbreak and triumph.

"After her fever broke and she lay paralyzed in the hospital, her parents delivered a big brown packet of letters from her classmates. 'I had a strange feeling that I was reading about a different lifetime... none of this mattered. I had faced death. I had lived with excruciating pain and with loneliness and uncertainty about the future. Bad haircuts and lost ball games would never bother me again'.... A simple, direct, and sometimes self-deprecating style of writing tenderly draws readers into Kehret's experiences and the effects of the disease firsthand. Almost a half-century later, this lovely book refocuses attention on what matters most: health, love of family, friends, determination, generosity, and compassion." — Kirkus Reviews