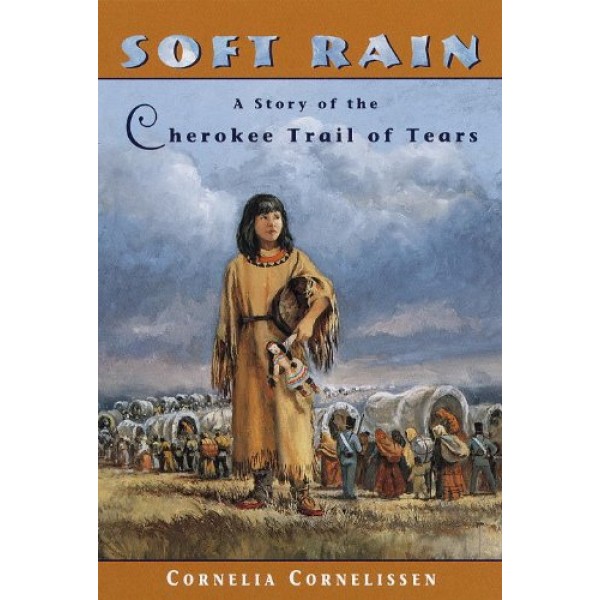 Soft Rain: A Story of the Cherokee Trail of Tears

It all begins when Soft Rain's teacher reads a letter stating that as of May 23, 1838, all Cherokee people are to leave their land and move to what many Cherokees called "the land of darkness"... the west. Soft Rain is confident that her family will not have to move, because they have just planted corn for the next harvest but soon thereafter, soldiers arrive to take the nine-year-old and her mother to walk the Trail of Tears, leaving the rest of her family behind.

Because Soft Rain knows some of the white man's language, she soon learns that they must travel across rivers, valleys, and mountains. On the journey, she is forced to eat the white man's food and sees many of her people die. Her courage and hope are restored when she is reunited with her father, a leader on the Trail, chosen to bring her people safely to their new land.

"The author makes clear the hardships these Native Americans endured and the injustice of their exile, but her protagonist remains remarkably positive.... At one point the grandmother tells a story; at that moment, the book becomes more than just the record of a trip but a glimpse of a disappearing culture." — Kathleen Isaacs, School Library Journal