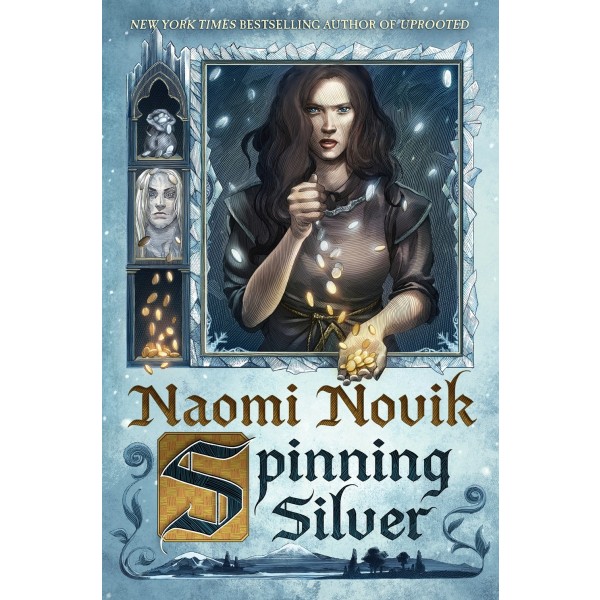 Miryem is the daughter and granddaughter of moneylenders, but her father's inability to collect his debts has left his family on the edge of poverty — until Miryem takes matters into her own hands. Hardening her heart, the young woman sets out to claim what is owed and soon gains a reputation for being able to turn silver into gold. When an ill-advised boast draws the attention of the king of the Staryk — grim fey creatures who seem more ice than flesh — Miryem is set an impossible challenge and unwittingly spins a web that draws in a peasant girl, Wanda, and the unhappy daughter of a local lord who plots to wed his child to the dashing young tsar.

But Tsar Mirnatius is not what he seems. And the secret he hides threatens to consume the lands of humans and Staryk alike. Torn between deadly choices, Miryem and her two unlikely allies embark on a desperate quest that will take them to the limits of sacrifice, power, and love.

"This gorgeous, complex, and magical novel, grounded in Germanic, Russian, and Jewish folklore but richly overlaid with a cohesive, creative story of its own, rises well above a mere modern re- imagining of classic tales.... Readers will be impressed by the way Novik ties the myriad threads of her story together by the end, and, despite the book’s length, they will be sad to walk away from its deeply immersive setting." — Publishers Weekly