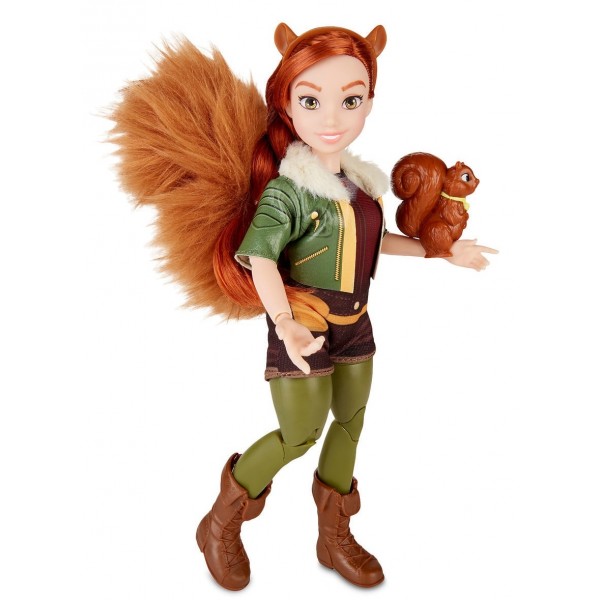 Sometimes, to solve big problems you need small allies! Fans of Doreen Green, AKA Squirrel Girl, will love this doll from the Marvel Rising: Secret Warriors series. This 11" adventure doll is fully articulated so you can pose her for all sorts of exciting superhero action. In Squirrel Girl's case, that also means that her tail, and ears are removable so she hide her squirrel powers!

This doll is modeled after the character's appearance in the 2018 animated film. And for the finishing touch, she even comes with her squirrel buddy Tippy Toe.