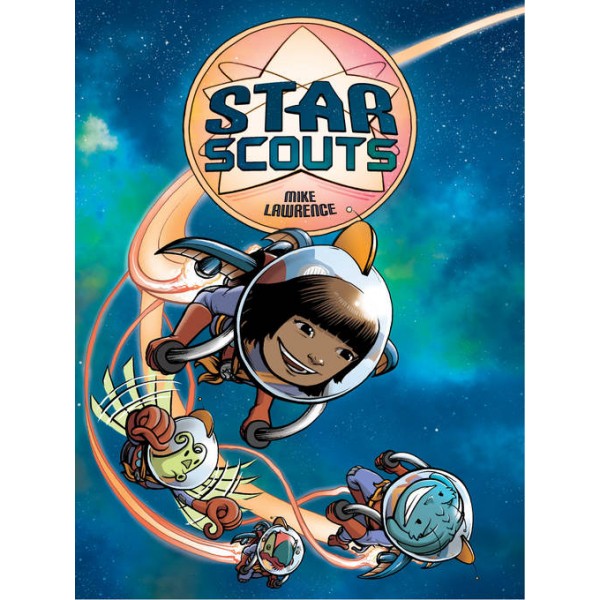 Avani is the new kid in town, and she's not happy about it. Everyone in school thinks she's weird, especially the girls in her Flower Scouts troop. Is it so weird to think scouting should be about fun and adventure, not about makeovers and boys, boys, boys?

But everything changes when Avani is "accidentally" abducted by a spunky alien named Mabel. Mabel is a scout too -- a Star Scout. Collecting alien specimens (like Avani) goes with the territory, along with teleportation and jetpack racing. Avani might be weird, but in the Star Scouts she fits right in. If she can just survive Camp Andromeda, and keep her dad from discovering that she's left planet Earth, she's in for the adventure of a lifetime.

"With her warm, brown skin and lovably stubborn personality, Avani is an original, funny protagonist, and readers will delight as they adventure alongside her. Lawrence’s art has a cinematic feel; he keeps the perspective at the characters’-eye level, adding to the immersive feel. With brilliant worldbuilding and humor in spades, Lawrence has conceived a truly exceptional graphic tale that’s also a classic underdog story; don’t miss this one." -- Kirkus Reviews