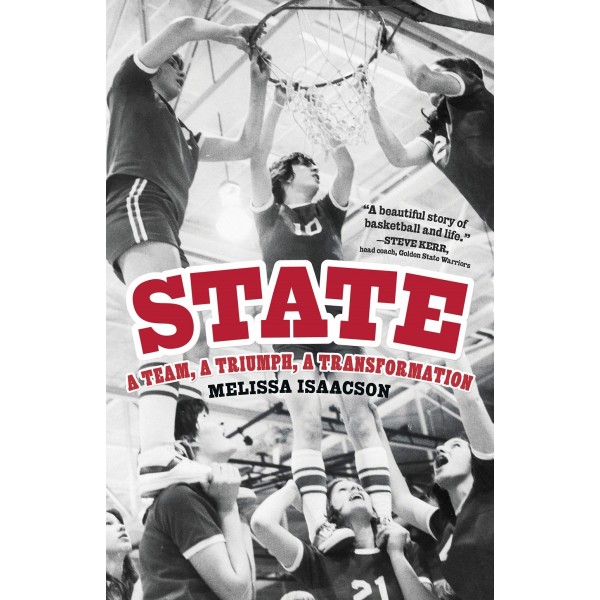 State: A Team, A Triumph, A Transformation

In 1975, freshman Melissa Isaacson — along with a group of other girls who'd spent summers with their noses pressed against the fences of Little League ball fields, unable to play — entered Niles West High School in suburban Chicago with one goal: make a team, any team. For Missy, that turned out to be the basketball team. Title IX had passed just three years earlier, prohibiting gender discrimination in education programs or activities, including athletics. As a result, states like Illinois began implementing varsity competition — and state tournaments — for girls' high school sports.

At the time, Missy and her teammates didn't really understand the legislation. All they knew was they finally had opportunities — to play, to learn, to sweat, to lose, to win — and an identity: they were athletes. They were a team. And in 1979, they became state champions. With the intimate insights of the girl who lived it, the pacing of a born storyteller, and the painstaking reporting of a veteran sports journalist, Isaacson chronicles one high school team's journey to the state championship. In doing so, Isaacson shows us how a group of "tomboys" found themselves and each other, and how basketball rescued them from their collective frustrations and troubled homes, and forever altered the course of their lives.