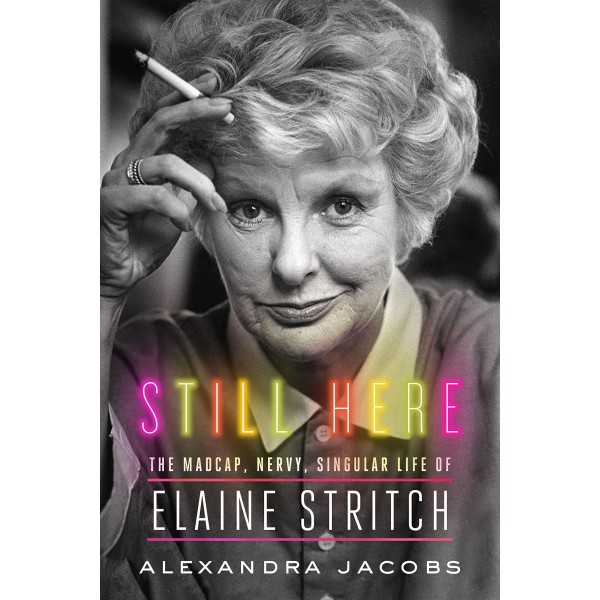 She was a Broadway star, a powerful singer, and an innovative entertainer beloved by audiences in both America and Europe. Still Here is the first full telling of Elaine Stritch’s life, tracking one of Broadway’s great personalities from her upbringing in Detroit during the Great Depression to her fateful move to New York City, where she studied alongside Marlon Brando, Bea Arthur, and Harry Belafonte. We accompany Elaine through her jagged rise to fame, to Hollywood and London, and across her later years, when she enjoyed a stunning renaissance, punctuated by a turn on the popular television show 30 Rock.

We explore the influential ― and often fraught ― collaborations she developed with Noël Coward, Tennessee Williams, and above all Stephen Sondheim, as well as her courageous yet flawed attempts to control a serious drinking problem. And we see the entertainer triumphing over personal turmoil with the development of her Tony Award–winning one-woman show, Elaine Stritch at Liberty, which established her as an emblem of spiky independence and Manhattan life for an entirely new generation of admirers. Following years of meticulous research and interviews, this is a portrait of a powerful, vulnerable, honest, and humorous figure who continues to reverberate in the public consciousness.