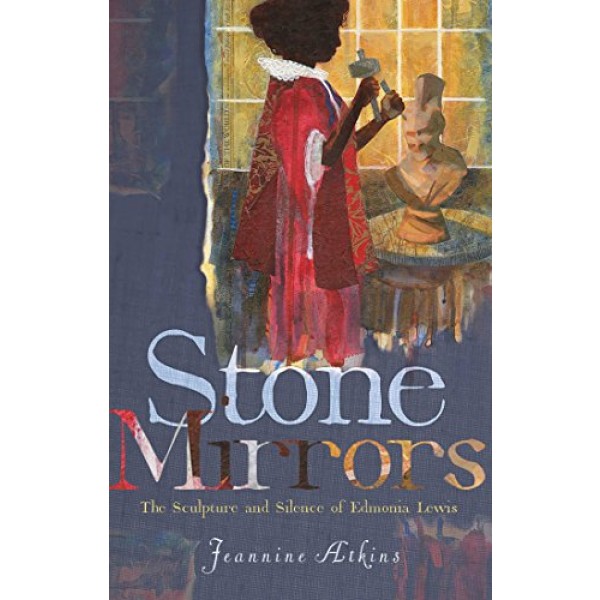 A sculptor of historical figures starts with givens but creates her own vision. Edmonia Lewis was just such a sculptor, but she never spoke or wrote much about her past, and the stories that have come down through time are often vague or contradictory. Some facts are known: Edmonia was the daughter of an Ojibwe woman and an African-Haitian man. She had the rare opportunity to study art at Oberlin, one of the first schools to admit women and people of color, but lost her place after being accused of poisoning and theft, despite being acquitted of both. She moved to Boston and eventually Italy, where she became a successful sculptor.

But the historical record is very thin. The open questions about Edmonia's life seem ideally suited to a narrative in verse, a form that is comfortable with mysteries. Inspired by both the facts and the gaps in history, author Jeannine Atkins imagines her way into a vision of what might have been.

"Written in verse, this biographical novel imagines the events in Lewis's life with short, swift-moving chapters that flow smoothly from one episode to another....The back matter includes a short prose biography of Lewis and explains why the author chose to write a fictionalized version of the artist's life. Also listed are Atkins's sources — mostly other people's letters and diaries about the artist. This poetic interpretation of a life may encourage readers to seek out Lewis's sculptural work." — Kristin Anderson, School Library Journal