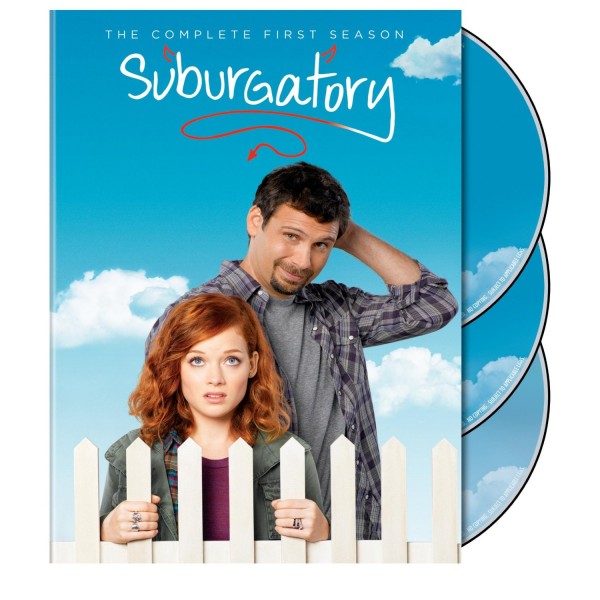 Manicured lawns. Cookie-cutter homes. Big lips. Little nose jobs. Synchronized sprinkler systems that erupt at the exact same time. A massive mall, the mecca for mass-consumerism and soggy food-court cuisine. Welcome to the suburbs, heaven for many. But for one teenage transplant from New York City, the suburbs represent her unique version of hell. Forget purgatory -- this is Suburgatory. Suburgatory is a family comedy that asks us not to judge our neighbors until we've gardened in their clogs. It is also about one man's struggle to answer the question that has plagued parents for all time: Is the safe choice really the right choice?

Suburgatory has lots of fun parodying wealthy suburban life as seen through the critical eyes of a couple of level-headed newcomers, and Tessa and George's attempts to find a place in such foreign surroundings are both entertaining and relatable to anyone who's ever felt like a social outsider. Kudos to the show's brain trust for going the extra mile, though, and giving some real depth to the characters, reflecting the changing face of the American family without sacrificing positive messages. George's relationship with his teenage daughter toes the line between authority and camaraderie, offering some heartwarming moments offset by enough snarky banter over things like curfew, driving privileges, and dating rules to keep it realistic.... Predictably all of this content (and then some) is spun for humor, so it's important that viewers don't misinterpret it as a reflection of real life. However, it does raise some issues that will hit home with parents and teens, all while entertaining viewers with razor-sharp writing delivered by a fantastic cast. -- Common Sense Media