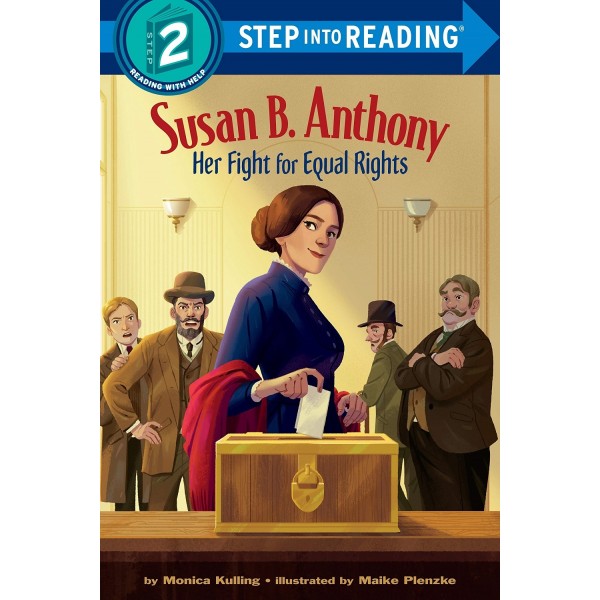 Susan B. Anthony: Her Fight for Equal Rights

"It's not fair." Susan B. Anthony was very concerned about fairness and equality for women and girls in America. She knew it wasn't fair to pay a woman less than a man for the same job. She knew it wasn't fair not to allow women to vote in elections. In fact, it was illegal for women to vote. But she felt so strongly, she voted in an election anyway — and was arrested for it.

Young readers will learn about young Susan B. Anthony and how she grew up to become a suffragist — a fighter for women's equality. She joined forces with Elizabeth Cady Stanton and others and gave speeches around the country to gain support for women's right to vote. She fought her whole life, and believed that "failure is impossible." She was right; her work made the 19th Amendment to the Constitution possible!

This Step 2 biography reader from the Step Into Reading series marks the 200th birthday of this bold suffragist and the 100th anniversary of the passage of the 19th amendment, giving women the right to vote.