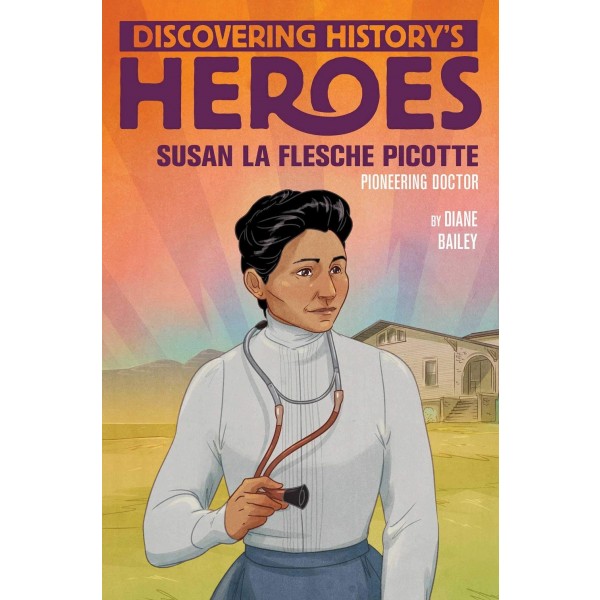 Susan was the daughter of mixed-race (white and Native American) parents, and struggled much of her life with trying to balance the two worlds. As a child, she watched an elderly Omaha Indian woman die on the reservation because no white doctor would come help. When she grew older, Susan attended one of just a handful of medical schools that accepted women, graduating top of her class as the country’s first Native American physician.

Returning to her native Nebraska, Susan dedicated her life to working with Native American populations, battling epidemics from smallpox to tuberculosis that ravaged reservations during the final decades of the 19th century. Blizzards and frigid temperatures were just part of the job for Susan, who took her horse and buggy for house calls no matter what the weather conditions. Before her death in 1915, she also established public health initiatives and even built a hospital. This intriguing middle grade biography introduces America's first Native American doctor, who served more than 1,300 patients over 450 square miles.