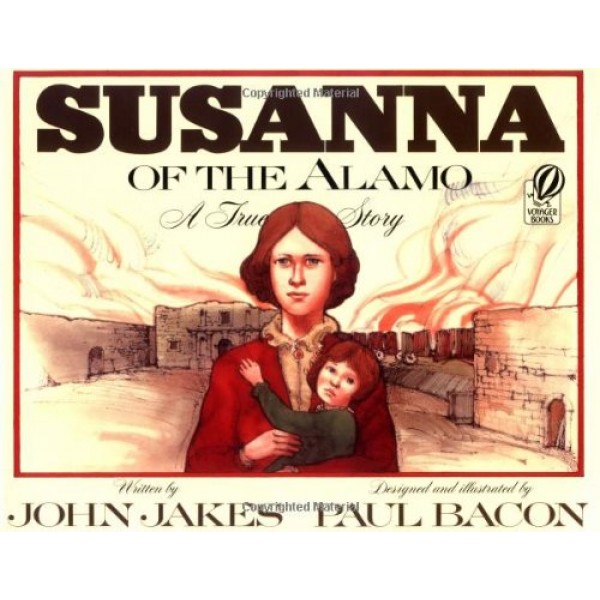 Susanna of the Alamo: A True Story

"Remember the Alamo!" is one of the most familiar battle cries in American history, yet few know about the brave woman who inspired it. Susanna Dickinson's story reveals the crucial role she played during that turbulent period in Texas-American history.

"Susanna Wilkerson Dickinson...was one of two American survivors of the 1836 Battle of the Alamo during the Texas Revolution, where her husband, Captain Almaron Dickinson, and 182 other Texan defenders were killed by the Mexican Army. The second survivor was her infant daughter." -- Wikipedia