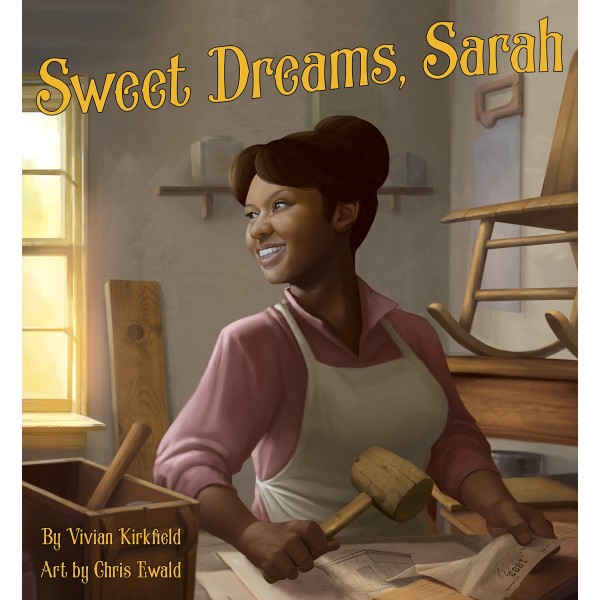 Sarah E. Goode was born into slavery, and after the Emancipation Proclamation she moved to Chicago and opened a furniture store. But many of her customers didn't have much money, or much space; they needed small furniture that was inexpensive to buy and served more than one purpose. So she started thinking: what if she invited something that was just what they needed?

Goode came up with an innovative idea: a bed that could fold up into a cupboard, leaving a desk exposed. But when she applied for a patent, she was turned down. She refused to give up, and after years of tweaking and reapplying, she became one of the first African-American women to get a US patent. Goode built more than a piece of furniture. She built a life far away from slavery, a life where her sweet dreams could come true.

"Creating a desk that folded out into a bed didn't come easily, but Goode was determined to succeed. She knew she had a worthwhile product and was ready to make it her own.... A time line of Goode's life shows that the book required tremendous research, with data gathered from various census records and even newspaper advertisements. A time line of other African American female patent holders includes women such as Mary Anderson (who received a patent for windshield wipers in 1903) and Madeline Turner (who received a patent for a fruit press in 1905)." — School Library Journal