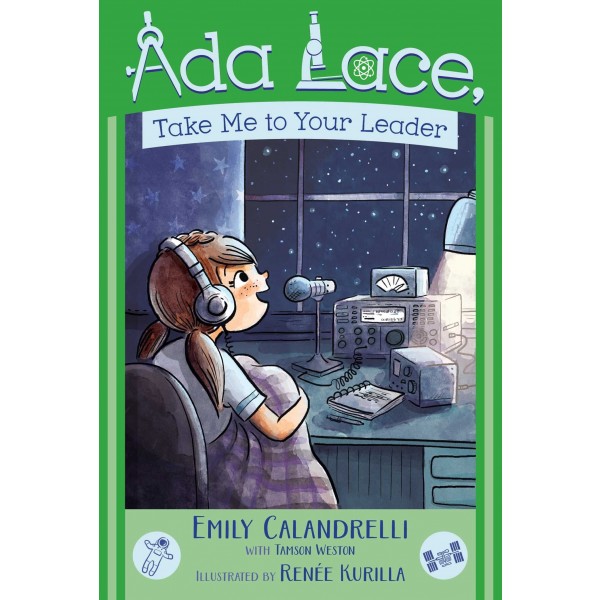 Ada Lace, Take Me To Your Leader

Third grader and inventor extraordinaire Ada Lace likes nothing more than to tinker with mechanics like her robot, George. Her latest project is to fix up a ham radio, something that she could use to contact people on this planet... and beyond. The only problem is that she just can't get it to work properly.

During a sleepover, Ada's best friend Nina hears something strange coming from the radio in the middle of the night. A distant voice says, "Release the swarm!" convincing Nina that aliens are about to invade planet Earth. Could Ada and Nina have stumbled upon something... extraterrestrial?

From Emily Calandrelli — host of Xploration Outer Space and graduate of MIT — comes the third novel in the Ada Lace series, a fun illustrated chapter book series about an eight-year-old girl with a knack for science, math, and solving mysteries with technology.