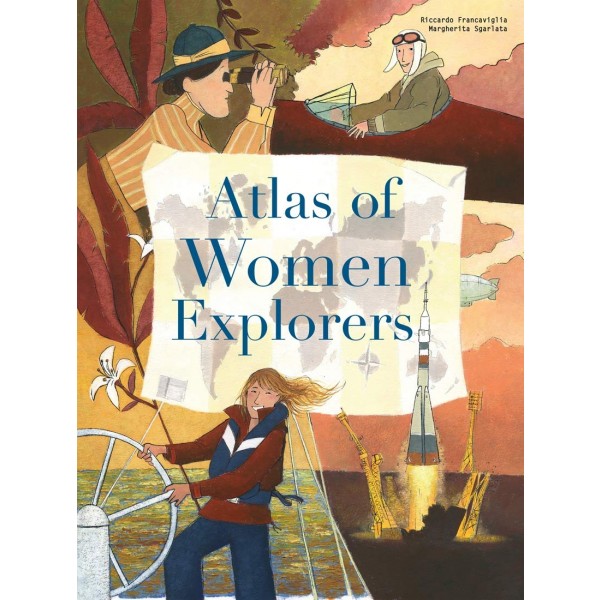 The Atlas of Women Explorers

Follow the fascinating voyages of 18 courageous women who defied convention to follow their dreams and explore the world! From Amelia Earhart to Isabelle Bird, Freya Stark to Laura Dekker, these women broke the rules, took the road less traveled, and went that extra mile to win their own freedom. This beautifully illustrated and information-packed atlas tells their stories, following them across the globe on bike or sailboat, planes and trains, as they pass through Australian deserts, Asian tundra, to the mountaintops, and even into space.

Among the daring, audacious voyagers are Jeanne Baret (1740-1807), who disguised herself as a man to circumnavigate the globe; Annie Smith Peck (1850-1935), a scholar who climbed the Matterhorn before setting her sights on even loftier peaks; Osa Johnson (194-1953), a pioneer of documentary film who recorded her adventures in the South Pacific, Borneo, and Africa; and Laura Dekker (1995 - ), who sailed around the world solo at the age of 16. It's a celebration of courage and curiosity, daring and dreams, that's sure to inspire young readers to imagine their own adventures!