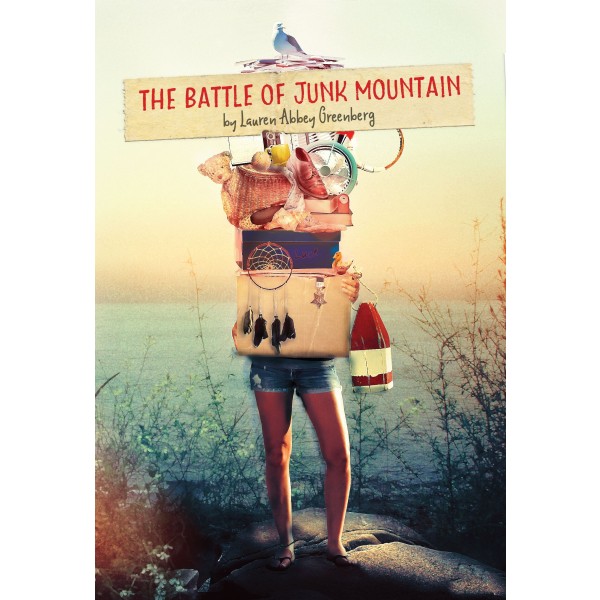 The Battle of Junk Mountain

Twelve-year-old Shayne Whittaker has always spent summers on the Maine coast, visiting her grandmother Bea and playing with her BFF Poppy. Both Shayne and Bea are collectors, in their own ways: Shayne revels in golden memories of searching for sea glass and weaving friendship bracelets with Poppy, while Bea scours flea markets for valuable finds, much of which she adds to a growing pile in her house that Shayne jokingly calls Junk Mountain.

This summer, though, everything has changed. Poppy would rather talk about boys than bracelets, and Bea's collecting mania has morphed into hoarding. Only Linc, the weird Civil War-obsessed kid next door, pays attention to her. Turns out Linc's collected a secret of his own, one that could enrage the meanest lobsterman on the planet, his grandpa. What begins as the worst summer of Shayne's life becomes the most meaningful, as she wages an all-out battle to save her friendships, rescue her grandmother, and protect the memories she loves the most.

"After Grandpa’s earlier death in a boating accident, her grandmother Bea needs Shayne’s help preparing cascading piles of accumulated stuff to sell at the flea market. It quickly becomes evident that Bea is extremely reluctant to part with even the smallest, most tattered items, each of which to her embodies a story.... This intelligent exploration of the grandparent-grandchild relationship recognizes that within every person reside contradictions. This absorbing middle-grade read gently but unflinchingly considers the common ground of growing up and growing old." — Kirkus Reviews