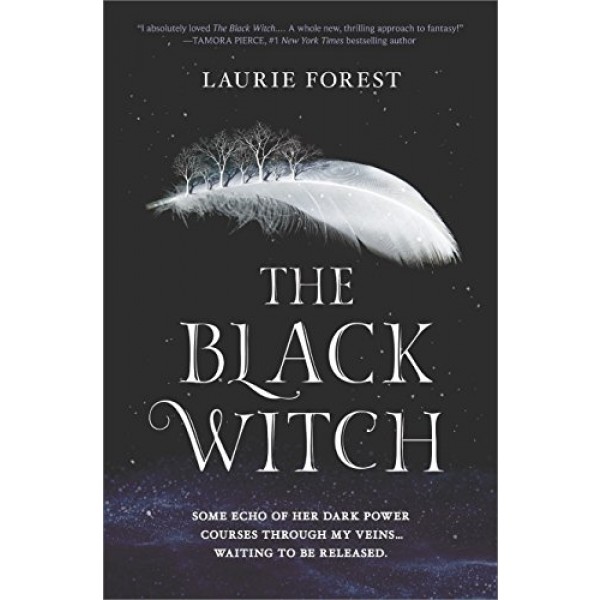 Elloren Gardner is the granddaughter of the last prophesied Black Witch, Carnissa Gardner, who drove back the enemy forces and saved the Gardnerian people during the Realm War. But while she is the absolute spitting image of her famous grandmother, Elloren is utterly devoid of power in a society that prizes magical ability above all else.

When she is granted the opportunity to pursue her lifelong dream of becoming an apothecary, Elloren joins her brothers at the prestigious Verpax University to embrace a destiny of her own, free from the shadow of her grandmother's legacy. But she soon realizes that the university, which admits all manner of people -- including the fire-wielding, winged Icarals, the sworn enemies of all Gardnerians -- is a treacherous place for the granddaughter of the Black Witch.

As evil looms on the horizon and the pressure to live up to her heritage builds, everything Elloren thought she knew will be challenged and torn away. Her best hope of survival may be among the most unlikely band of misfits...if only she can find the courage to trust those she's been taught to hate and fear. Elloren and her friends return The Iron Flower and The Shadow Wand.

"Out of loneliness, Elloren befriends Verpax’s other outcasts, many of whom belong to races she’s been taught to fear or disdain. She begins to question everything she knows about Gardneria’s history and culture, and realizes that there’s good reason for the growing opposition to her country’s new government. Exquisite character work, an elaborate mythology, and a spectacularly rendered universe make this a noteworthy debut, which argues passionately against fascism and xenophobia." -- Publishers Weekly