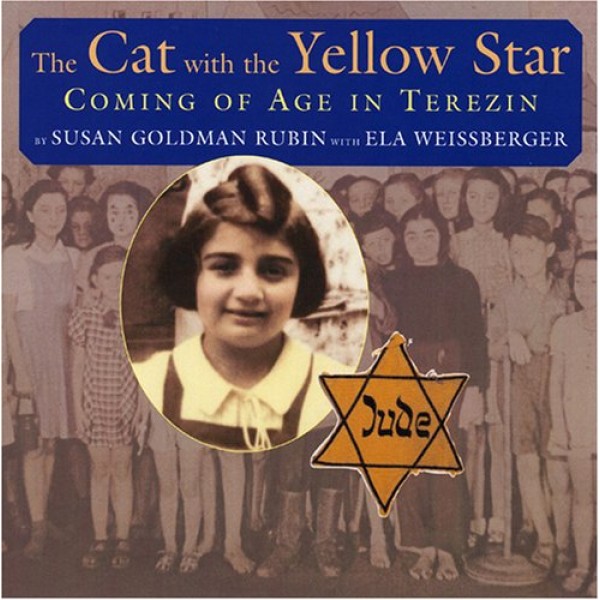 The Cat With The Yellow Star: Coming of Age in Terezin

Ela Stein was eleven years old in February of 1942 when she was sent to the Terezin concentration camp with other Czech Jews. By the time she was liberated in 1945, she was fifteen. Somehow during those horrendous three-and-a-half years of sickness, terror, separation from loved ones, and loss, Ela managed to grow up.

Although conditions were wretched, Ela forged lifelong friendships with other girls from Room 28 of her barracks. Adults working with the children tried their best to keep up the youngest prisoners' spirits. A children's opera called Brundibar was even performed, and Ela was chosen to play the pivotal role of the cat. Yet amidst all of this, the feared transports to death camps and death itself were a part of daily life.

Full of sorrow, yet persistent in its belief that humans can triumph over evil, this unusual memoir tells the story of an unimaginable coming of age.

"The clearly written text incorporates countless quotes taken from numerous personal interviews, providing readers with a true and immediate account of Ela's experiences before, during, and after the war. Extensive use of historical photographs, drawings, and primary visual sources brings even greater depth to readers' understanding of the daily life endured by Terezin's children and the importance of the relationships they formed with one another and their caregivers. Rich in detail, yet not overwhelmingly dire, this is a book about remembering, and the importance of sharing one's stories with the next generation, and the next." – Teri Markson, School Library Journal