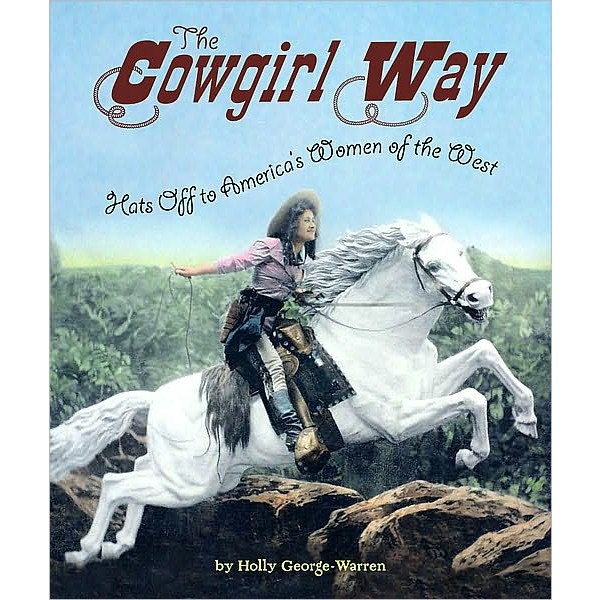 The Cowgirl Way: Hats Off to America's Women of the West

The 1840s ushered in the beginning of the largest migration in US history. People in crowded Eastern cities and Missouri River towns were feeling the pull of the Western frontier. It was the dawn of a new era of expansion, and over the next few decades, the making of a new kind of pioneer. It was the birth of the cowgirl!

Welcome to the world of nimble equestriennes, hawkeyed sharpshooters, sly outlaws, eloquent legislators, expert wranglers and talented performers who made eyes pop and jaws drop with their skills, savvy and bravery. In this fascinating account of an ever-evolving American icon, Holly George-Warren invites readers to saddle up with a host of these trailblazers who helped settle the West and define the cowgirl spirit.

Amazon Best Books of the Month, July 2010: Fans of cowboys and the Wild West will be happily lassoed by The Cowgirl Way: Hats Off to America's Women of the West. With a rich selection of accounts and photographs, Holly George-Warren presents the cowgirls who rode, roped, and wrangled their way into the imaginations of people the world over. From America's pioneering horsewomen to celebrity sharpshooters on the rodeo circuit, she covers them all. Although this book is intended for middle-grade readers, it's full of tricks and treats for grown-ups too.